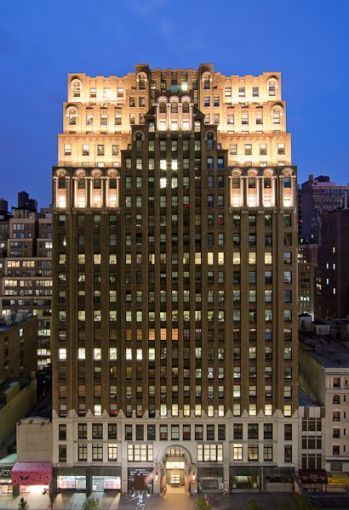 Regus is expanding its coworking operation with a new full-floor location at 14 Penn Plaza, after putting several of its New York City locations into bankruptcy last year, Commercial Observer has learned.

The 28,341-square-foot lease pushes the company’s collection of locations around Manhattan to about 40. Asking rent for the 10-year deal was about $58 per square foot, according to Circle Realty Group’s Jay Futersak, who represented both the landlord and the tenant, with Nicole Serras.

Futersak said the building’s proximity to Penn Station was a key reason why Regus signed the deal.

Regus will rent out its new business center on the ninth floor once the coworking company takes over the space in September. The building is also home to other tenants, including Mueser Rutledge Consulting Engineers, which holds about 65,000 square feet, and accounting firm Prager Metis, which has about 40,000 square feet, Futersak said.

Coworking operator Regus, owned by IWG, started off the pandemic by putting dozens of its spaces into bankruptcy, but has started to expand recently. IWG — which also owns the women-focused, coworking operator, The Wing — plans to open eight new locations around the world, including five formerly occupied by competitor WeWork, Reuters reported.

While Futersak would not comment on the identity of the previous tenant, Virgo Business Centers signed a lease for the ninth floor in 2012, CO reported.

The building, owned by 14 South Williamsport Holdings and managed by Circle Realty, was built in 1924 and holds a total of 461,396 square feet, according to PropertyShark. The deal for the 23-story property closed on July 19, Futersak said.

Update: This story has been updated to include that the square footage of the lease is 28,341 square feet, not 27,321 square feet.