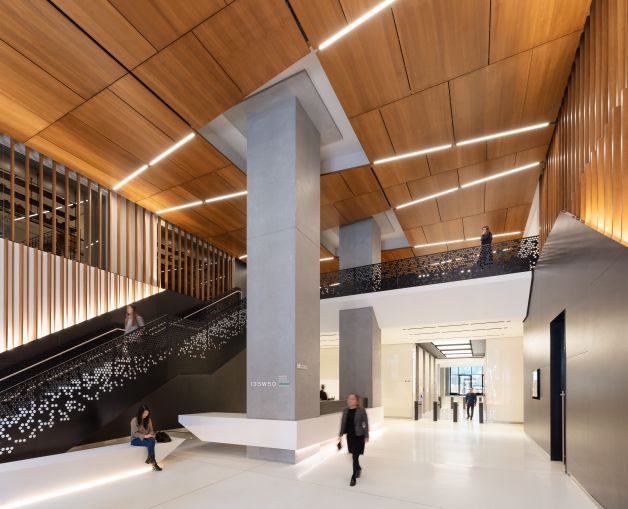 The new lobby is double height and includes a wood paneled ceiling and reinforced columns that were integrated into the new reception desk. Photo: Gensler/Robert Deitchler 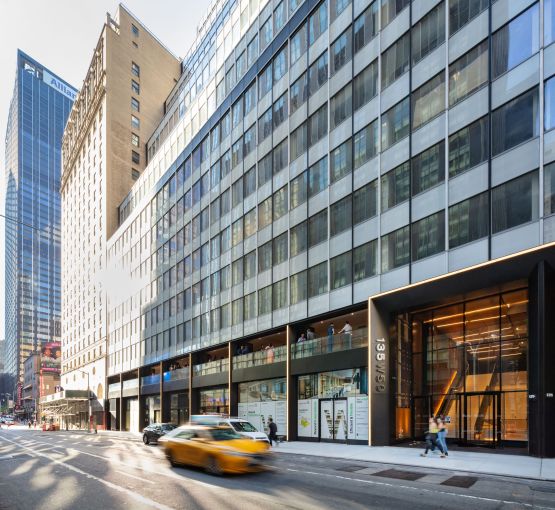 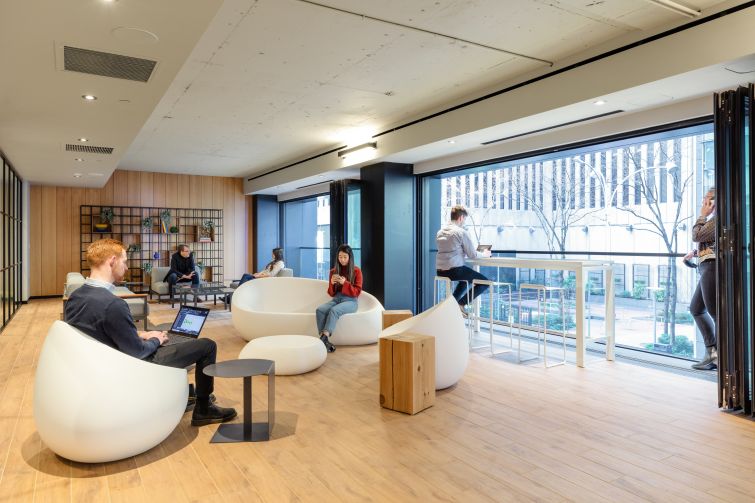 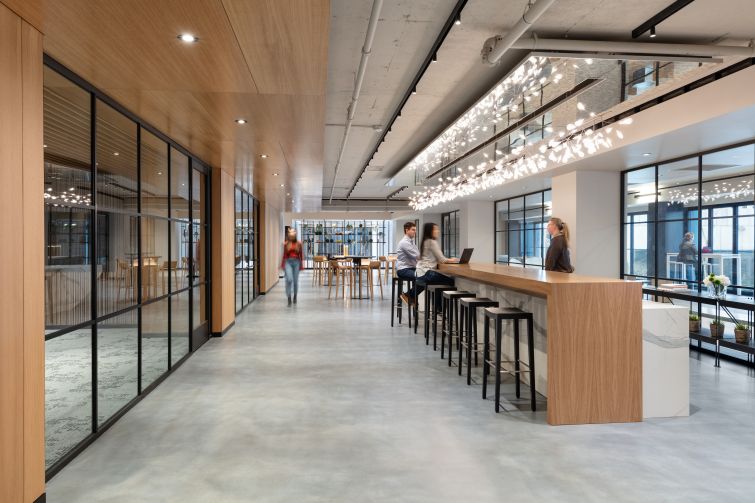 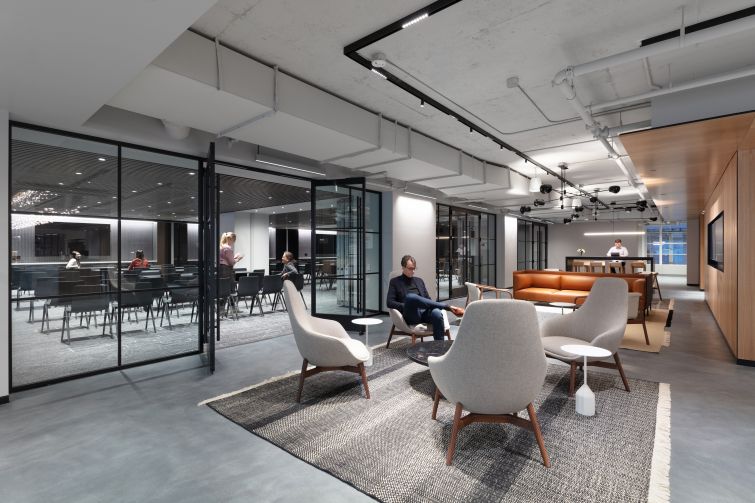 The conference center can be divided in three by a retractable wall. Photo: Gensler/Robert Deitchler
Previous Next

When George Comfort & Sons decided it wanted to redevelop the lackluster 1960s office building at 135 West 50th Street, the commercial landlord tapped Gensler to renovate the dark facade and lobby of the 25-story tower.

The Emery Roth & Sons-designed building between Seventh Avenue and Avenue of the Americas now sports windows that you can actually see through, a double-height lobby, and a second-floor amenity center with retractable glass doors and a terrace. Asking rents in the building, which is about 40 percent leased, range from $67 to $75 a square foot.

Work on the 925,000-square-foot tower began in the summer of 2019, and then inched forward through 2020, with construction wrapping in the spring of 2021. Peter Duncan, president and CEO of George Comfort & Sons, explained that the company decided to renovate the tower because it had a few large subleases that were set to expire in 2019 and 2020.

“We had to make a dramatic change to this building to meet today’s market,” said Duncan. “We made these changes and we kept Mazars, an accounting firm, which occupied 90,000 square feet.”

A mid-block pedestrian corridor known as “6½ Avenue” runs through a few office buildings to the north and ends across the street. Duncan said he wanted to bring that sense of continuity to 135 West 50th Street, too.

“On the ground floor, we tried to take a typical office lobby and create connectivity from 50th to 51st streets,” he explained. “We wanted to create the sense that Avenue 6½ was going right through our building.”

The new lobby indeed runs the entire length of the building from north to south, with a brightly lit, gray-and-white elevator lobby in the middle. The main 50th Street entrance includes a new double-height space with warm wood paneling on the ceiling; a grand staircase lined with perforated metal panels; an open second-floor mezzanine that leads to the amenity space; and two massive, reinforced structural columns integrated into the design of a long, white reception desk.

Joe Lauro, one of the managing directors in Gensler’s New York office, noted that the building was a “mid-block property that didn’t really have a front door or a street presence. It had a pretty decent floor plate [that] once you attach it to 6½ Avenue, it could have presence.”

Lauro and the project design director, Gensler’s E.J Chung, said that the building’s curtain wall was essentially raised to the third floor, and the first two floors were opened up. The ground floor was recladded with black, front-lit columns and recessed glass, while the second floor was turned into a terrace with retractable glass doors.

The 20,000-square-foot amenity center, operated by coworking company Industrious, includes small and large meeting rooms, a coffee bar, and an open lounge with soft seating that faces the terrace. The lounge has somewhat unusual furniture — white, oval couches and semicircular chairs, along with a round, white ottoman.