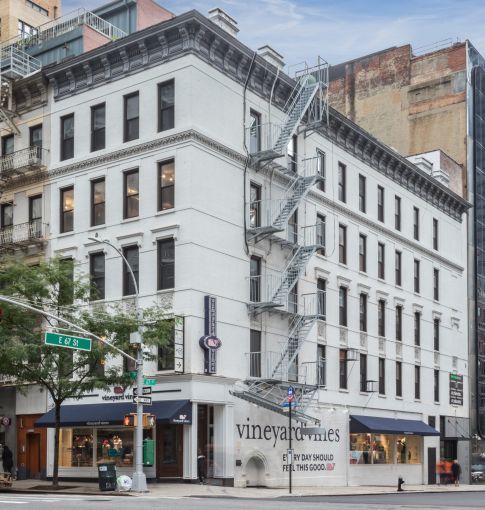 The Feil Organization’s 1151 Third Avenue is getting sporty.

Xponential Fitness inked a 10-year deal for 5,300 square feet for its CycleBar and Pure Barre brands at the retail building between East 67th Street and East 68th streets, Commercial Observer has learned. Asking rent was $110 per square foot.

CycleBar and Pure Barre moved into their spaces — each will occupy 2,650 square feet — on the entire second and third floors in April and opened on Wednesday, according to the landlord.

“We are ecstatic to welcome CycleBar and Pure Barre to 1151 Third,” The Feil Organization’s Nick Dries said in a statement. “The COVID-19 pandemic affected the retail market unevenly; nevertheless, New York City is making a strong comeback and once again proving its resiliency.”

The space previously was occupied by Flywheel Sports, which permanently closed all 42 of its studios and laid off 1,200 employees after it filed for Chapter 7 bankruptcy last year, Business Insider reported.

Dries represented the landlord in-house. The tenant did not use a broker, according to Dries.