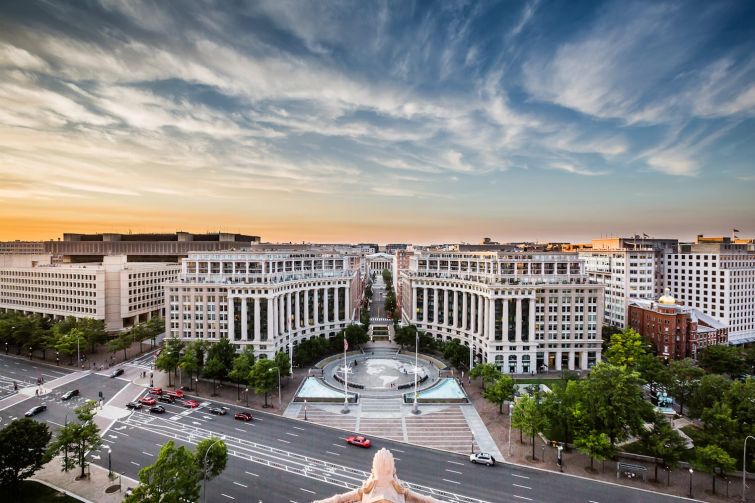 The new leases were Brown-Forman, an American-owned spirits and wine company, which signed a 4,400-square-foot lease; and My Fuerza, a personal training fitness studio, which will open a new studio in 1,600 square feet on the plaza level this summer.

The Real Estate Roundtable, a non-profit public policy organization that represents the interests of the real estate industry, signed a 6,350-square-foot renewal, while two other undisclosed firms signed renewals for approximately 8,000 square feet.

Located at 701 and 801 Pennsylvania Avenue NW, the property, which curves around the U.S. Navy Memorial, was built in 1990 and renovated in 2016. Market Square offers a 10,000-square-foot conference center, and views from the U.S. Capitol building to the White House.

“Market Square continues to be highly prized among leading companies of influence in Washington, D.C., as this recent leasing momentum attests,” Pat Keeley, Columbia’s senior vice president, D.C. region, said in a prepared statement. “Its unparalleled location and expansive mix of onsite amenities make Market Square one of the city’s most coveted addresses.”