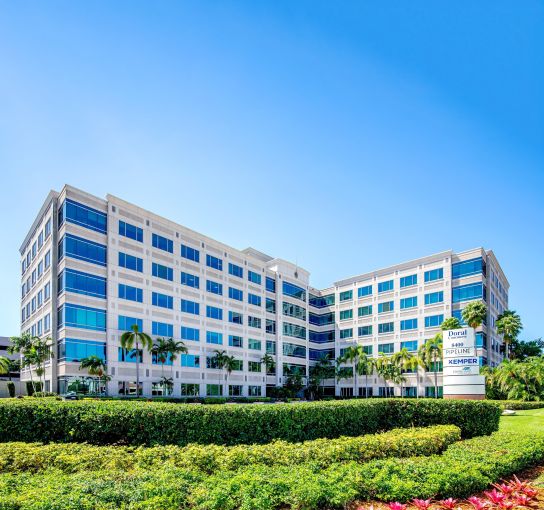 MG3 REIT has nabbed $56 million in debt originated by Citigroup to help facilitate its $96 million buy of Doral Concourse, an office complex in Doral, Fla., according to data from Fitch Ratings.

The 10-year, interest-only, commercial mortgage-backed securities (CMBS) loan, along with nearly $45 million in equity contributed by MG3, helped get the firm’s purchase of the 241,000-square-foot office property across the finish line. The loan was originated on July 12.

New York-based real estate investor DRA Advisors sold the property, which stands at six stories and includes a five-story parking garage, according to information from CBRE, the firm that advised in the sale and financing.

Doral Concourse — at 8400 Northwest 36th Street — was part of a three-building package of Miami-Dade County properties that DRA purchased for just under $132 million in 2014, the South Florida Business Journal reported. It sold the other two in 2015 and in 2019 for a combined $97 million, now netting $96 million for Doral.

Despite Doral Concourse’s location — about 11 miles from Downtown Miami — and the fact that it’s 95 percent leased out, with more than six years of weighted average lease term and no leases ending in the next 24 months, Citigroup extended the loan at a conservative 58.2 percent loan to value, per Fitch. (The lender had appraised the property at $96.2 million.)

Still, while there are seven tenants occupying about 53 percent of the building that have been in place for 13 years, every in-place lease is set to expire during the 10-year term of the CMBS loan, per Fitch.

Over the last decade, since the third quarter of 2011, Doral Concourse has averaged 90.9 percent occupancy, according to Fitch, which cited data from CoStar Group. And, over the last 15 years, its average occupancy has been 91.4 percent.

According to CBRE, the DRA has made significant investments in the property over the last five years. It has renovated the lobby, upgraded common areas and restrooms, and replaced the cooling tower and roof, among other work.