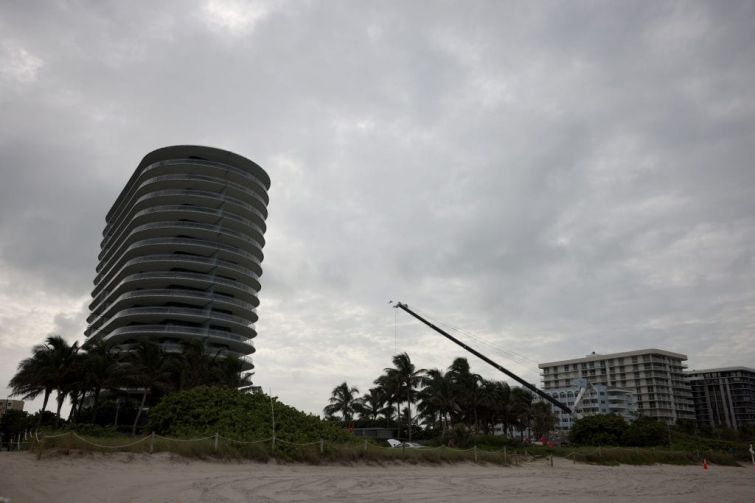 Site of the Champlain Towers South, which collapsed June 24, 2021.

A Miami-Dade judge has approved a potential sale of the ground beneath the fallen Champlain Towers South, which could be valued at more than $100 million.

The proceeds from the sale will go to the surviving victims of the collapse of the 136-unit condo building, which has claimed at least 97 lives.

Miami-Dade Circuit Judge Michael Hanzman, who is overseeing the legal cases related to the building’s collapse, said Wednesday that the sale should begin immediately, the Miami Herald reported. Hanzman vetoed a suggestion to turn the site into a memorial, since that would not generate compensation for the victims.

“This is a case where there is no amount of money in the world that could account for the loss and suffering of these victims,” Hanzman said, per the Herald. “This is going to be an extremely difficult case. This case is going to move at rapid speed.”

The 12-story Champlain Towers South condo building partially collapsed in late June, and the remaining portion  was brought down in a controlled demolition in early July to assist with the search and rescue of victims in the rubble.

The site is located in a prized location along the Surfside boardwalk and on the iconic Collins Avenue. Next door, condos at the newly developed Eighty Seven Park complex sell for an average of $5 million; and, a block away, Ivanka Trump and Jared Kushner rented a unit at Arte, where units sell for upwards of $10 million.

Michael Goldberg, the court-appointed receiver, will oversee the sale as well the disbursements of insurance payments to the owners of the 136 units. There has already been interest in the land at a range of $100 million to $110 million, though that could go higher, per the Herald. The land was initially valued at somewhere between $100 million and $130 million, according to an earlier court proceeding.