A Year of Change Produces Silver Lining for Retail 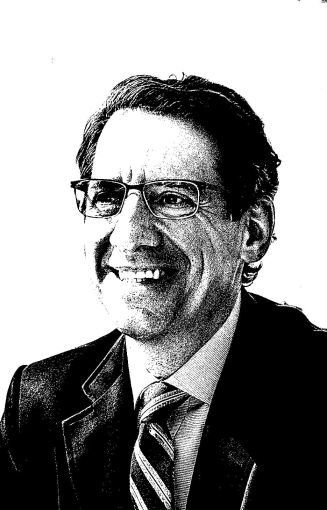 In a retail industry more accustomed to years-long cycles of change, the pandemic has fueled the most rapid evolution within our sector that I have ever witnessed. In particular, the health crisis instantaneously caused the fear of retail bankruptcies and threatened the permanent closure of some retail properties. Only seismic disruptions like the Global Financial Crisis have sparked effects of similar scope, but even then, the fallout occurred over years, not weeks.

Still, in many cases, it became clear that the pandemic had simply accelerated the predestined fate of long-troubled operators and assets. Now, with the advantage of time, it’s equally clear that the pandemic has accelerated change for the better, especially for suburban open-air centers. In fact, I believe that we are at the beginning of a multi-year trend in which the convenience of open-air centers will drive shopping trips and leasing activity for the foreseeable future.

The rise in remote work put high-income earners around the corner from open-air shopping centers all day, every day, instead of just evenings and weekends, and this stands to continue with major companies announcing liberal work-from-home policies. These shifts have fueled a shocking reversal in U.S. retail fortunes. Retailers are enjoying some of their best-ever operating fundamentals a mere 12 months after suffering from arguably their worst – a turnaround that has led to those same retailers launching new store concepts, seeking space, and fueling rent growth. Several other societal shifts and trends are influencing tenant preference for suburban open-air centers, including:

For the last 15 years, e-commerce has eaten into the sales of some of the most well-known luxury and fashion destinations – particularly enclosed malls – and COVID-19 has further eroded their appeal. In contrast, the pandemic has made the ease of shopping in open-air formats even more convenient, as shoppers can buy groceries, clothes and other products online, and then pull up to the curb and pop the trunk for a store employee to deliver their purchase. Born of necessity, this modification is likely to become a permanent feature at retail properties.

One of Warren Buffett’s longstanding investment tenets has centered on finding companies and businesses that have a natural moat protecting them, whether it be in the form of intellectual property rights, a one-of-a-kind product, or a process or service that’s hard to replicate. Similarly, prior to the pandemic, shopping center landlords placed a premium on building moats around shopping centers to prevent e-commerce intrusions.

However, we’ve learned that shopping centers are actually bridges that connect retailers with their nearby customers, not castles surrounded by a moat. Retailers have turned their fleet of stores into last-mile inventory hubs for e-commerce fulfillment and distribution, either through ship-from-store or click-and-collect.

Where, previously, there had been concern about consumer necessities being ordered solely online, online orders at mass merchants, sporting goods and pet stores have skyrocketed, just as they have for other categories, and the retailers have realized that they can fulfill the vast majority of those orders through their stores instead of warehouses. In fact, of the top 10 e-commerce retailers, nine of those companies have a significant (and growing) brick-and-mortar presence.

The ability of retailers to harness data from credit cards, gift cards, rewards programs and, most recently, mobile phones, has played a significant role in crafting marketing strategies and locating future opportunities. Accordingly, it also helped guide the decision to use brick-and-mortar stores as last-mile fulfillment centers.

Until three years ago, retailers typically gathered that information exclusively and were disinclined to share it, which put landlords at a disadvantage when negotiating leases. That has changed. By tracking phone data, landlords have been able to level the playing field with tenants and optimize rental rates as they learn much more about shoppers and their habits.

The suburban population boom from World War II through the 1990s allowed retails to expand simply by following rooftops. Then, as downtowns filled in more recently, retailers shifted their focus to denser urban footprints. What we are seeing now is that retailers are less interested in density. Instead, they’re returning to the suburbs and targeting neighborhoods with high household incomes and significant spending power. It’s a trend that should continue as the pandemic drives more suburban home sales and a work-from-home culture.

Certainly COVID-19 and the ensuing lockdowns have challenged all segments of society, and many consumers, employers and communities continue to live with uncertainty. But the ability of certain retailers and property owners to adapt to such an unprecedented disruption has shown the industry to be more resilient than many expected.