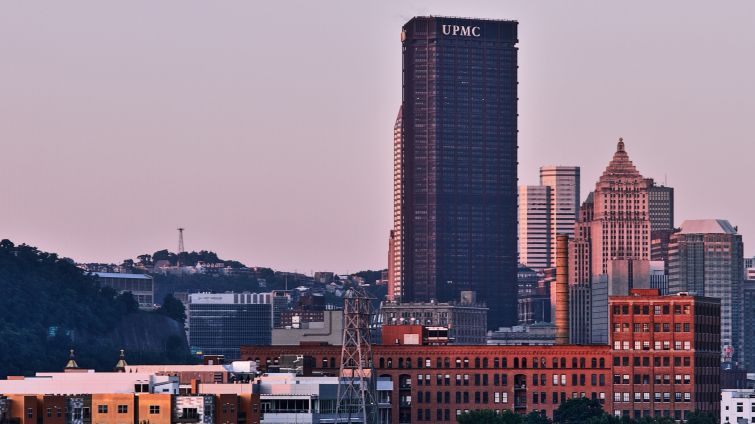 The loan package included $160 million in senior debt from Morgan Stanley, as well as $85 million in subordinate financing across a $40 million B-note and a $45 million mezzanine loan.

Sources told Commercial Observer that as of last month, it’s unclear whether Morgan Stanley, which originated the whole loan, has sold the mezzanine portion to another debt investor.

601W also injected about $18.1 million in equity to round out the capital stack, which refinanced about $173.7 million in existing debt, per analysis from Fitch Ratings.

The 2.3 million-square-foot, landmarked skyscraper at 600 Grant Street soars above Pittsburgh’s downtown, with the University of Pittsburgh Medical Center’s (UPMC) logo emblazoned on the facade at the peak of the building. UPMC is far and away the largest entity occupying space in the building — more than 1 million square feet, or just over 46 percent, of the tower’s square footage. U.S. Steel Corporation and national law firm Eckert Seamans Cherin & Mellott are the next two largest tenants, occupying roughly 232,500 square feet and 108,300 square feet, respectively.

A group led by Mark Karasick’s 601W Companies — which has a 21 million-square-foot commercial property portfolio that includes high-profile pieces of real estate in other major cities, like San Francisco’s Bank of America Tower and the Old Post Office in Chicago — bought the tower for around $250 million in 2011 in what served as a sign of a real estate rebound following the global financial crisis (GFC). Several years later, in 2018, it was reported that Jamestown Properties was in line to acquire a 40 percent interest in the property from 601W, a deal that valued the asset at $340 million.

Morgan Stanley’s recent appraisal of the building, prior to extending the $160 million senior loan in this deal, came in at $381.5 million, indicating a conservative loan-to-value of just 41.9 percent, per Fitch.

As of this spring, the tower, which has dominated the city’s skyline since it was erected in 1970, was 73.2 percent occupied by 35 tenants.

Since acquiring the property about a decade ago, 601W and its partners have deployed $111 million into it, including $71 million for leasing costs and about $37.7 million for base building work, according to Fitch. It was last renovated in 2014.

The building has a gym, a conference center and lounge, a 150-seat training center, facilities for on-site child care, and a bevy of food and beverage outlets. There is also an underground parking garage that serves the building with 670 parking spaces, and the tower’s location in the city’s central business district provides for direct access to the area’s light rail outlets.