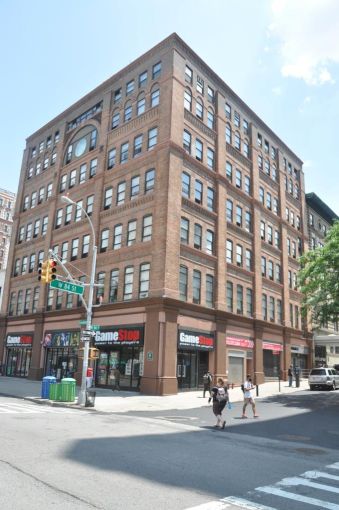 215 West 84th Street may have been the spot where Edgar Allan Poe completed "The Raven." Photo: Courtesy Property Shark

Why is a raven like a writing desk? Because Edgar Allan Poe wrote on both.

He also wrote on the site of an apartment building at 215 West 84th Street, a property that Naftali Group just purchased for $71 million, according to sources familiar with the deal.

The Upper West Side development site holds 145,000 buildable square feet, and is one of two sites claiming to be the spot where Poe completed his famed poem, “The Raven,” according to the apartment building’s website.

Eagle Court owns the site and the apartment building at 215 West 84th Street, located on the northeast corner of 84th Street and Broadway, according to property records. The Naftali Group, a private real estate development and investment firm, closed on the deal over a week ago, sources said.

An undisclosed global investment bank provided a non-recourse loan for 65 percent of the purchase price, or $46 million, another source said.

The Brennan Farmhouse formerly stood near West 84th Street and Broadway, where Poe composed his iconic work, according to Untapped New York. Two locations claim to be the site of the farmhouse, which are marked by two competing plaques both on 84th Street.

A brokerage team of JLL’s Bob Knakal, Stephen Palmese, Hall Oster and John Hageman represented the seller. Max Herzog and Scott Aiese, also of JLL, arranged the financing for the deal. JLL declined to comment on the sale.

Naftali Group did not immediately respond to requests for comment, and Eagle Court could not be reached.