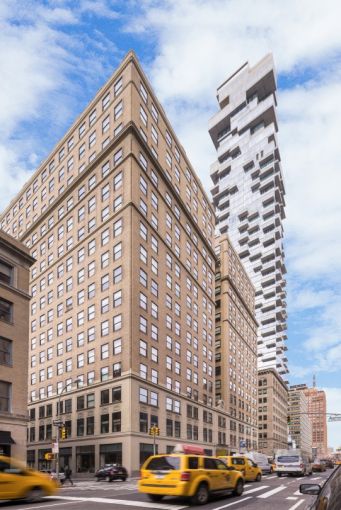 The Legal Aid Society will consolidate its three Manhattan offices to 198,900 square feet at 40 Worth Street in Tribeca, landlord GFP Real Estate announced.

The nonprofit signed a 30-year lease for space that will span the entire second, fifth and 12th floors, as well as parts of the ground, mezzanine and third floors of the 20-story building, Crain’s New York Business first reported.

A spokesperson for GFP declined to provide the asking rent.

The Legal Aid Society currently has a 75,000-square-foot presence at 40 Worth and plans to consolidate its outposts at 199 Water Street and 80 Pine Street in the building between West Broadway and Church Street, GFP said. It plans to move into its new digs in the fourth quarter of 2022.

The nonprofit will take over space previously occupied by Charity: Water and Public Health Solutions, which both relocated within the building. Other tenants include the Acumen Fund, the Gap’s East Coast headquarters and the Innocence Project.

“We are thrilled that The Legal Aid Society is consolidating its Lower Manhattan offices with us, which will create a single location and thereby make it easier for its staff and clients to execute their mission,” Steinwurtzel said in a statement.