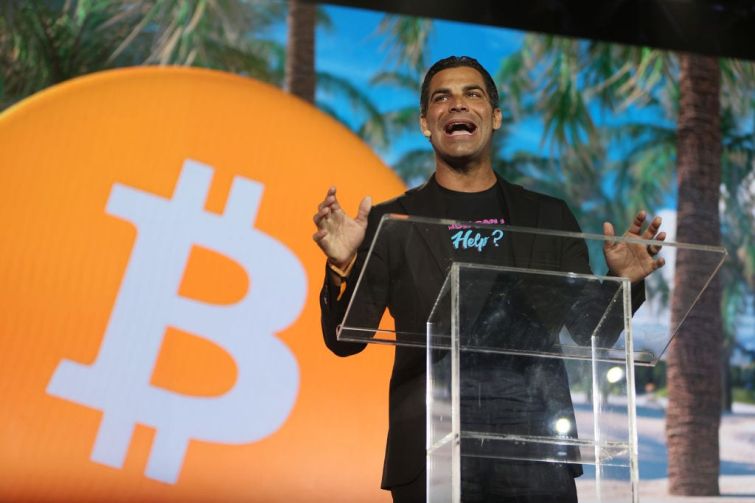 The downside of hosting a conference during a pandemic? Well, the pandemic, perhaps.

Attendees of last week’s Bitcoin 2021 conference in Miami, one of the largest events in the U.S. since the start of the COVID-19 pandemic, are now saying they either tested positive for the virus or know of some who did.

Cryptocurrency podcaster Luke Martin tweeted that he caught a “pinch” of COVID-19 during the conference. Another attendee, research director of cryptocurrency news site The Block, Larry Cermak, tweeted that while he didn’t catch the virus, “everyone” he hung around did. (He later tweeted that those who tested positive were mostly from Europe, where the vaccine is less readily available than in the U.S.)

Daniel Marquez, a graduate student at MIT who attended the event, told Commercial Observer that he heard about unvaccinated people catching COVID-19.

Even as the Bitcoin bonanza drew as many 50,000 attendees by one estimate, the conference organizers did not require attendees to show proof of vaccination, according to Bloomberg. Pictures and reports circulating online of after-parties show attendees living it up with few donning masks.

“It’s just kind of an exciting place to go to and meet a lot of people I haven’t seen in a while, and learn and network,” Marquez previously told CO. “There’s a Roaring ’20s vibe to it,” he added.

“Vaccines have been freely available for months in the US, to the extent that anyone who wanted to be vaccinated could do so by the time of the event,” organizer BTC Media said in a statement to Bloomberg. “We provided all attendees with the current recommendations of the CDC and State of Florida and expressed to our audience that those who were high risk or hadn’t been vaccinated should consider waiting until next year.”

Infections are even popping up at gatherings where more safety precautions were taken. Despite being vaccinated, two guests aboard the first cruise ship to set sail from Florida in more than a year tested positive for COVID-19, the cruise ship announced. The cruise company, Celebrity Cruise Lines, said only fully vaccinated guests and crew were allowed to board.

Florida has positioned itself as a beacon of restriction-less life. Florida Gov. Ron DeSantis, a close ally of former President Donald Trump, removed virtually all COVID-19 restrictions. He outlawed vaccine passports, removed mask mandates, and allowed restaurants and other businesses to operate at full capacity.

In fact, Bitcoin conference organizers moved the event from Los Angeles, the event’s original location, to Miami, thanks to the state’s few restrictions and the lobbying of local leaders like Miami Mayor Francis Suarez.

But, these infections suggest that Florida’s lax COVID-19 restrictions, a selling point to the state’s newcomers, also comes with downsides.