The project in downtown Newark has been in the works for several years now, as it faced opposition from the local community 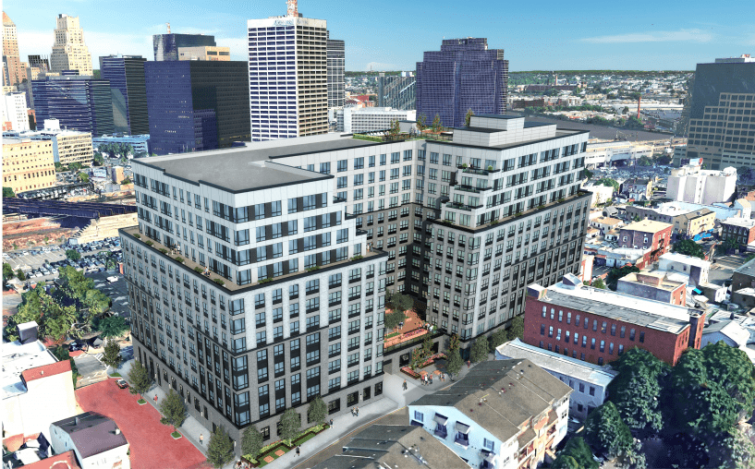 J&L Companies, a private, family-owned and operated, real estate investment company based in Newark, N.J., has nabbed $94 million in construction debt from four banks to finance a mixed-use, multifamily development that will be located in the company’s stomping grounds, Commercial Observer has learned.

Valley National Bank, Bank Hapoalim, Abanca USA, and TriState Capital Bank combined to provide the debt on the planned 12-story, 403-unit multifamily property, which will also include more than 3,000 square feet of retail space and a parking garage with almost 200 spaces.

Greystone Capital Advisors’ Drew Fletcher led the team that arranged the construction debt on behalf of J&L. Matthew Hirsch and Steven Deck teamed with Fletcher to get the deal done.

“As a local developer, long-term stakeholder, and property owner for over 40 years, J&L is deeply committed to advancing the revitalization of Downtown Newark by developing projects that will create a thriving, vibrant neighborhood for local residents and businesses,” Fletcher said.

The development — designed by Minno & Wasko — will be located at 55 Union Street in Newark’s central business district, just blocks from the Prudential Center, Newark Penn Station and the Passaic River.

The developer’s plans for the property include a rooftop garden; a fitness center; an entertainment area; and an outdoor courtyard with barbecue stations, fire pits and lounging areas, according to Greystone.

J&L founder Jose Lopez said the project will “add to the rich fabric of the Ironbound [District] by providing local and future residents with new housing that perfectly complements the neighborhood.”

The company has been working toward raising the property on top of what was once a parking lot for more than four years. It has started construction on the property, having worked to set the foundation, according to local reports.

Earlier this month, the Municipal Council of Newark introduced a piece of legislation that would award the developers with a 25-year tax abatement on the property. J&L would have to pay an annual service charge. The ordinance including the tax abatement was scheduled to be up for a vote this morning.

Several years ago, in 2017, when J&L first filed plans with the city of Newark to build the high-rise, zoning restrictions forbid mixed-use, high-rise developments to be housed in the area. A zoning change that would allow it to be built soon followed, along with some opposition from local community organizations. By the early summer of 2018, the proposal for the project emerged again and was approved by Newark’s Central Planning Board.