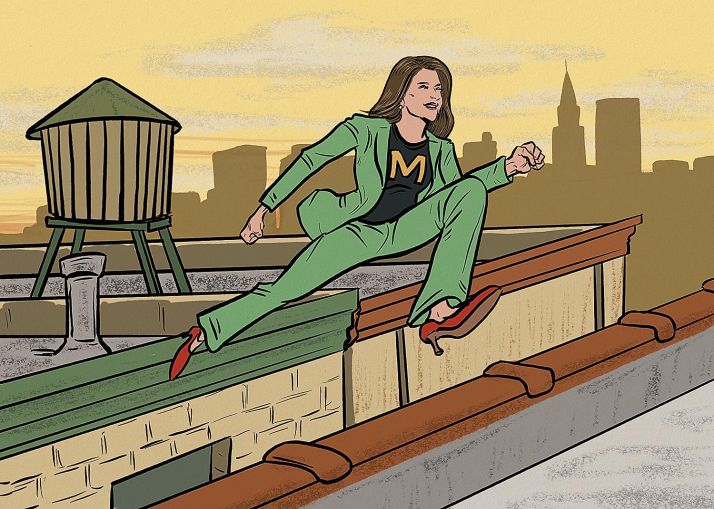 MaryAnne Gilmartin is no stranger to Power 100. Not too long ago, she had been running Forest City Ratner Companies as CEO and president, where she developed The New York Times Building, the Frank Gehry-designed Spruce Street apartment tower, and Barclays Center, among other city gems. She left to start a development company with Rob Lapidus and David Levinson, and then decided that she could get all the funding that she needed on her own, so she bought out her partners.

It could have been very, very unfortunately timed, but Gilmartin wowed. Yes, at the beginning of 2020, one of her construction lenders pulled back from a loan, but she deftly managed to secure foreign investors. At the same time, Mack-Cali, where she was on the board, asked her to take over as interim CEO after the real estate investment trust pushed out the full-time one.

She trimmed the REIT’s fat, revamped its leasing strategy, and brought in new people, restoring confidence at the New Jersey-based company.

That’s the kind of year that’s worth a major jump in the ranks, so Gilmartin slid up 22 spaces — our second-biggest jump of 2021. (The biggest was the leaders of Taconic, who went from 54 to 25, thanks to huge investments in life sciences.)

Unlike in previous years, there were very few shakeups. A lot of the Power 100s moved up or down a little (and a significant number were left off the list entirely).

As we do every year, a lot of attention is devoted to the smaller, but significant shifts.

JLL’s Peter Riguardi has always been one of the very best brokers in the city. … And we always felt that his ranking (last year, he was 22) indicated that. But, given the hustle and the 2.5 million square feet he leased during the pandemic, not to mention his work with clients in finding real estate around the country, it was worth moving him into the teens.

Tommy Craig was likewise a very respectable number 26 last year. But given that Hines, the New York-area operations of which Craig leads, had invested in One Vanderbilt and One Madison, was building luxury senior housing on the Upper East Side, and had taken on 5.5 million square feet of Ivanhoé Cambridge’s portfolio — which is not even mentioning their work in the Hudson Valley, and industrial development in Pennsylvania, and Hudson Square and … well, you get the idea. Craig broke into the top 10.

Last year, Rob Speyer was a highly respectable number 12. But given Tishman Speyer’s sudden hunger for SPACs (call it a “SPAC attack”?) and how much of the real estate world seems to be following suit, we felt that he should go even higher. How does number five feel, Mr. Speyer?