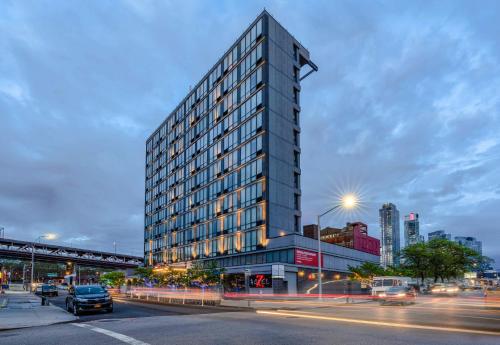 Taconic Capital Advisors has acquired a former Long Island City, Queens, hotel building for $38.4 million, just three years after Merchants Hospitality purchased the asset with plans to reposition it into a mixed-use development, according to property records.

Officials for Taconic and Merchants did not immediately respond to requests for comment on the transaction.

The 100-room Z NYC was first developed in 2011 by the estate of taxi magnate Henry Zilberman, who died in 2014. Merchants undertook a $2.5 million repositioning of the property with plans to develop retail, a coworking space and art galleries in it. The hotel was closed last year during the COVID-19 pandemic.