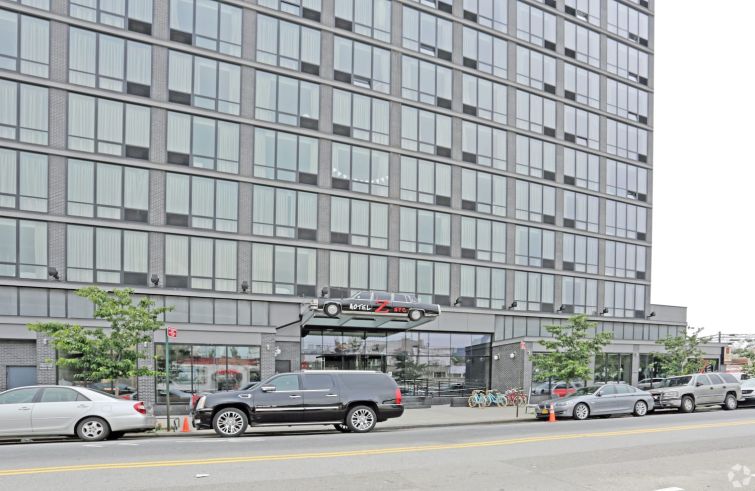 Short-term rental startup Sonder was hit with another lawsuit from a New York City landlord last week, this time for terminating its lease for a Long Island City, Queens, hotel, court records show.

Merchants Hospitality filed a $2.5 million lawsuit against Sonder Friday in Manhattan Supreme Court for damages after Sonder backed out of the deal to lease the entire 100-unit Z NYC Hotel at 11-01 43rd Avenue, between 11th and 12th Streets, court documents show.

A representative for Merchants Hospitality declined to comment and its lawyer, Alexander Estis of Rosenberg & Estis, declined a request for comment through a spokesperson.

“Sonder has never operated at this location, and exercised its contractual right to terminate the lease several months ago,” a spokesperson for Sonder said in a statement.

In January, Sonder signed a seven-year lease to take over the entire Z Hotel — which Merchants bought for $43 million in 2018 — to offer its apartment-style short-term rentals in, The New York Post reported.

A source close to Sonder told Commercial Observer that Sonder’s decision to bail out of the deal had nothing to do with the coronavirus pandemic, but was caused by Merchants Hospitality not living up to the original agreement. Still, the owner filed the suit accusing Sonder of owing $2.5 million in damages plus interest for breaching the lease, according to court records.

The pandemic has decimated the hospitality industry, and Sonder cut one-third of its staff in March, The Information reported.

But Sonder was still able to reach unicorn status in July after it closed on a $210 million funding round and is still moving forward with its plan to open its largest New York City location at 2 Washington Street, Business Insider reported.

The Merchants Hospitality suit isn’t the only legal battle the San Francisco-based Sonder is dealing with in New York City.

Nathan Berman’s MetroLoft Management filed a lawsuit against Sonder after it accused the company of failing to pay rent in July at 20 Broad Street, The Real Deal reported last week. MetroLoft terminated Sonder’s lease and wants the startup to pay $3.9 million in back rent along with $100 million for the remainder of its lease, according to TRD.

A spokesperson for Sonder told TRD that it cut operations at 20 Broad in May after a Legionella outbreak and it didn’t find “the owner’s approach to remediation and long-term water management issues at the building acceptable.”