Will any of them work, or even be needed? 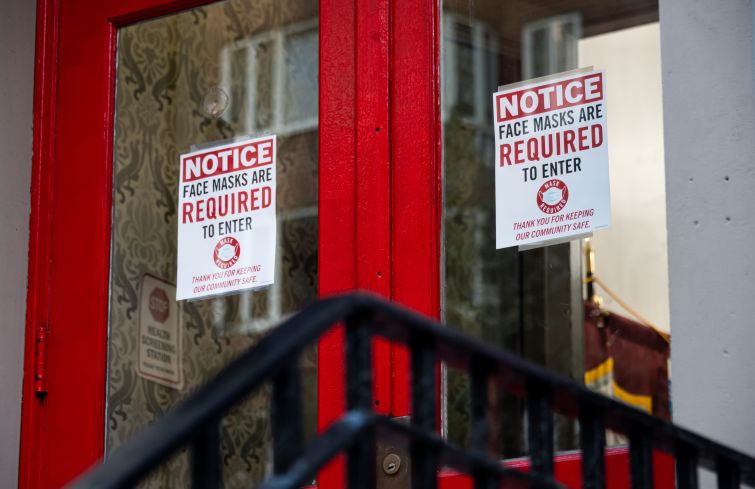 What a difference six months makes.

New York had been on the precipice of a retail apocalypse last year when the rapid spread of COVID-19 forced many businesses to shutter and the city to impose severe capacity restrictions.

The city’s retail workforce shed 100,000 jobs from 2019 to April 2020, state labor records show. Half of all small-business retailers took on federal loans to stay open and several retail chains abandoned the city altogether.

By the end of the summer, nearly 3,000 businesses had permanently closed and civic leaders feared one-third of the city’s quarter million small businesses would close for good. During the holiday season, when the city hunkered down for the pandemic’s second wave, half of Brooklyn businesses couldn’t pay their rent, according to a Brooklyn Chamber of Commerce survey.

But a steady vaccination rollout, combined with a rapid decline in COVID cases and deaths and federal stimulus relief for restaurants and bars, are giving business leaders hope for a turnaround.

“We’re heading in a much better direction than we were just one month ago, yet there’s a long road to recovery,” Andrew Rigie, executive director of the New York City Hospitality Alliance, which represents restaurants and nightlife venues, said. “There’s a lot to figure out due to updated guidance and we need ongoing support from all over the government.”

Public officials are eager to get New Yorkers shopping again. Mayor Bill de Blasio and Gov. Andrew Cuomo competed over how fast they could reopen the city, with Cuomo gaining the upper hand. He permitted restaurants and hair salons to allow customers to fill up 75 percent of their seats beginning May 7, while fitness centers could welcome back gym rats at 50 percent capacity by May 15. On May 19, Cuomo announced the state would lift mask mandates for indoor spaces after the Centers for Disease Control and Prevention recommended that fully vaccinated individuals could forego face coverings,

But the city’s pack of mayoral candidates have plenty of other ideas about how to rev up the city’s retail sector. Former presidential candidate Andrew Yang proposed using savings from a 3.5 percent cut in city agency spending to help small business owners behind on their rent and at risk of eviction.

Kathryn Garcia, the former sanitation commissioner, wants to create a single “City Permit” for businesses with fewer than 100 employees to help restaurants and shops relaunch without months of red tape. She also promised to expand the city’s popular outdoor dining policy to make concessions, performances, and public art exhibitions in parks and public plazas easier.

City Comptroller Scott Stringer would redirect $1 billion in federal stimulus money to a grant program to help small businesses rehire employees and pay off their back debt with awards ranging from $20,000 to $100,000.

Whoever wins the Democratic primary on June 22 will grapple with a local economy that won’t be as strong as it was in 2019. Some companies may continue to allow employees to work from home through 2022 or take their offices out of the city entirely. Tourism, which sustains hundreds of businesses in the city’s busiest commercial corridors, may not bounce back until 2025. And New Yorkers’ shopping habits, which shifted online during a year of pandemic-induced lockdowns, could be hard to break.

“A lot of New Yorkers were really interested in supporting local businesses, but it was a lot easier to do that with restaurants than it was with retail,” Jonathan Bowles, executive director of the Center for an Urban Future, an economic think tank, said. “If you didn’t want to go inside a brick-and-mortar store, it was hard to figure out how to order something from that store, especially if it didn’t have a website or an easy way to do curbside pickup or deliveries, and that was really challenging.”

New Yorkers are more frequently shopping in person now that mask rules have been lifted and the weather is warming, but some neighborhoods are still waiting for their customers.

Substantial parts of Midtown Manhattan, which hollowed out when companies sent their workers home and tourism dried up, are seeing foot traffic levels of 50 percent of what they were before the pandemic. Manhattan Chamber of Commerce CEO Jessica Walker attributed the lack of retail traffic to remote workers not returning to their offices. She has reached out to small and midsize businesses to bring their employees back to the workplace.

“It is not a ghost town but there is no question we’re not at that level of 5 p.m. on a Friday. We’re just not there,” Walker said. “Many large companies don’t plan to bring back workers until September, if not 2022.”

Neighborhoods where people live and work, like the Upper East Side, Upper West Side, and Harlem, have flourished while Midtown awaits its renaissance. The retail vacancy rate on Second Avenue fell from 8.6 percent to 6.4 percent while dropping on Amsterdam Avenue from 9.6 percent to 7.4 percent by the end of 2020, according to brokerage Newmark.

The Upper East Side’s Lexington Avenue in particular has heated up this year while the more expensive swaths of Fifth and Madison avenues closer to Grand Central Terminal have cooled.

James Famularo, president of leasing at Meridian Capital Group, had five offers within two weeks of listing a restaurant space on 1361 Lexington Avenue and four offers right after offering a built-out space on the corner of Lexington and 88th Street.

“All of the Upper East Side has been insanely busy for us and I can’t say that for Times Square, Hell’s Kitchen and downtown,” Famularo said. “I have dozens of spaces in those areas that we couldn’t give away.”

Meanwhile, Brooklyn’s commercial corridors fared far better than those in Manhattan once that borough’s denizens shed their daily commutes. Brooklyn’s retail vacancy rate shrunk from 5.9 percent in 2019 to 4.8 percent this year, with much of the retail activity concentrated in Williamsburg, Greenpoint, Bedford-Stuyvesant, and downtown Brooklyn, brokers said.

Demand has gotten so feverish in recent weeks that landlords are scrapping pandemic-era incentives like six or seven months of free rent and instead only offering to have the space built to a tenant’s specifications.

But the recovery within Brooklyn neighborhoods has been uneven. In Midwood, Avenue J, which is home to several kosher restaurants and grocery stores, experienced a bustle of activity while storefronts on Kings Highway located six blocks away suffered from high turnover.

“Rents on Kings Highway were very high and these businesses are heavily dependent on foot traffic,” Shlomi Bagdadi, president of Tri State Commercial Realty, said. “You have rent that is over $10,000 a month and, with nobody passing by, you have no other choice but to close shop.”

The retail sector is in the midst of a labor shortage for a myriad of reasons that could have huge implications on the city’s long-term recovery.

Employment slowly bounced back from 245,000 jobs in the retail sector at the beginning of the pandemic to 309,000 jobs in October, but was still well below 2019 levels, state labor records showed. Clothing stores’ employment was 40 percent below the previous year’s level. And restaurants that laid off staff over the winter amid COVID restrictions have struggled to rehire them in the spring.

Staffing shortages have affected businesses no matter their industry. Nearly two-thirds of Brooklyn businesses said they had trouble filling positions, a May 2021 Brooklyn Chamber of Commerce survey found. Of those who responded, 42 percent blamed the state’s enhanced unemployment benefits, including an additional $300 per week through September, for keeping people at home. Other reasons business owners gave for the shortages include not being able to offer enough hours (41 percent) and former staff found other jobs already (28 percent).

But labor leaders said a lack of adequate childcare, low wages, and concerns over a safe work environment were more significant factors in why people refused retail jobs.

“The major reasons are first and foremost childcare, especially with the sporadic reopening of schools. People need to be able to take care of their families,” Stuart Appelbaum, president of the Retail, Wholesale and Department Store Union, said. “We’ve seen that in states with higher unemployment benefits — it hasn’t correlated with people staying home or people staying home, away from work, so I don’t take that one seriously.”

Restaurant advocates like Rigie point to another troubling sign. Members of the city’s creative class, including actors, musicians, and artists, who relied on part-time restaurant work, left the city entirely when their livelihoods suffered during the pandemic. Some still haven’t returned.

“You have a unique situation where so many restaurants are hiring for so many jobs at the same time as we continue to open the economy,” Rigie said. “They’re going from indoor dining to being shut to opening again and the pool of workers has shrunk.”

That could involve consolidating agencies, reducing the headcount of inspectors, and retraining city workers to act as coaches to support first-time entrepreneurs instead of enforcers.

“We’ve created these silos in city agencies that only exist to issue fines and violations and create new hurdles for businesses to open,” Brooklyn Chamber of Commerce CEO Randy Peers said. “We need a new mayor to pare back the enforcement agencies, cut back licenses and certifications to get in businesses, and streamline the process with business success in mind and not revenue success for the city in mind. They all mention it but I’ve heard this song before.”

Jessica Walker, the Manhattan chamber leader, wants the City Council to study the economic impact of bills passed during the pandemic, such as fair workweek laws, just cause termination, and hazard pay, that incurred high costs for businesses when COVID cases were skyrocketing.

But labor groups will likely push back on laws they fought for that extended sick leave and improved job protections, putting the next mayor in the middle of a conflict over how to revitalize the retail economy while protecting the health and safety of those crucial to its success.

That’s one reason why masks and other examples of good hygiene will continue to be a flashpoint. Appelbaum, for instance, wants retail stores to continue to enforce mask mandates despite CDC guidelines.

“We cannot know who is vaccinated and we need to protect workers, many of whom are vaccinated themselves but have small children and high-risk people back home,” he said. “It is unfair to expect workers to have to deal with the constant stress of not knowing whether customers have been vaccinated.”