The 135,178-square-foot development across the street from Sony Pictures Entertainment qualified for significant density bonuses for including affordable housing 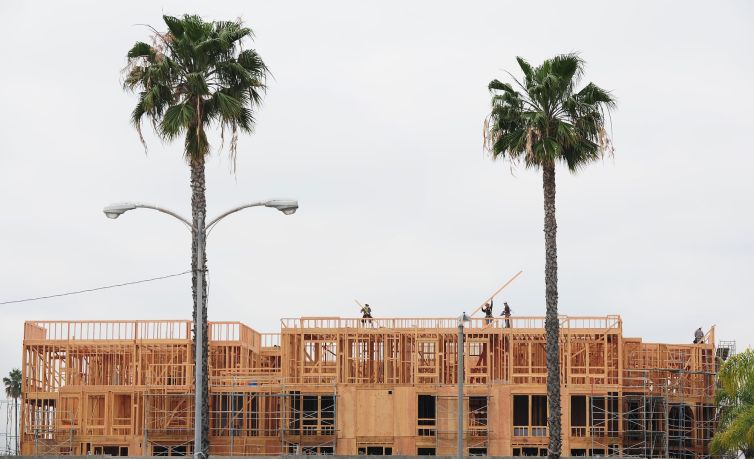 The project, which was approved by the city of L.A. last summer, will include 139 units, 14 of which will be designated for very low income households. Photo: FREDERIC J. BROWN/AFP via Getty Images

Principal Life Insurance Company has provided $42 million for a mixed-use development with affordable housing located across the street from the massive Sony Pictures Entertainment campus in Los Angeles.

The 135,178-square-foot, seven-story development will replace a single-story auto shop at 10375 Washington Boulevard, near the edge of the Culver City border. The project, which was approved by the city of L.A. last summer, will include 139 units, 14 of which will be designated for very low income households, according to a city staff report. It also calls for 2,000 square feet of commercial space, a pool deck, a roof deck, and a gym.

Records show the property belongs to an entity named Washington LP, run by Frankie Murphy, who is also the project applicant that filed plans with the city almost 16 months ago. Washington LP is tied to GR Properties USA, a subsidiary of Hong Kong-based Gou Rui Group, which is traded on the stock exchange of Hong Kong Limited.

Liu Shuhua, who is currently listed as CEO of the Gou Rui Group on its website, signed several of the deed documents involved in the acquisition of the property. However, she resigned from her role in March, and Chairman Wei Chunxian was appointed CEO, according to a Reuters report.

The site consists of one corner parcel made up of five lots with about 36,317 square feet. The development qualifies for tier 3 of L.A.’s Transit Oriented Communities program, which allows major incentives for projects near public transit stops that include a certain amount of affordable housing. The project was approved with a 52.7 percent increase in density for designating 10 percent of the units as affordable housing for 55 years.