Faced with hefty environmental remediation and community opposition, developers are getting creative when it comes to converting golf courses into housing 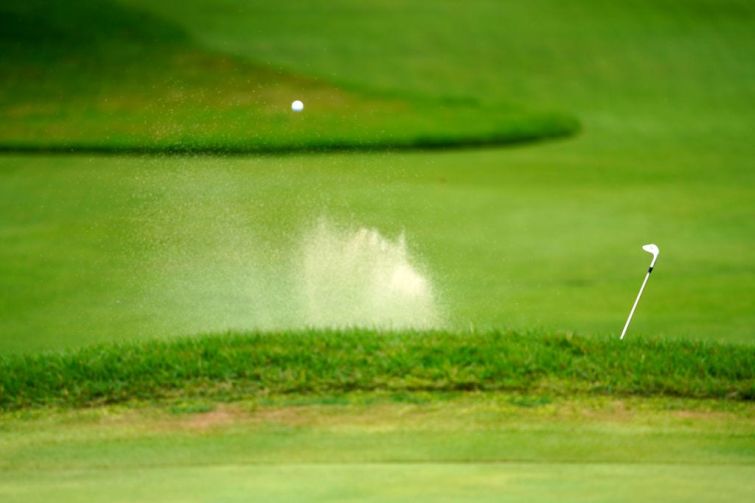 The National Golf Foundation counts 1,279 golf courses across Florida — far more than can be found in any other state – with more than half located in just three counties: Miami-Dade, Broward and Palm Beach. But as the sport’s popularity wanes, many of them are underused or shuttered, depreciating from manicured green expanses to eyesores.

In these same counties, hemmed in between the Atlantic and the Everglades, decades of escalating in-migration has created a housing crisis. Developers are hard-pressed to find well-located sites to support large-scale residential enclaves and appropriate amenities.

Too many golf courses, not enough land for new homes: the solution seems obvious.

But when converting golf courses into residential projects, developers are finding themselves caught in a number of sand traps. Years of chemicals, pesticides and fertilizers deployed in the name of keeping those greens green require extensive and expensive remediation before they’re fit for residential uses. And surrounding homeowners, who bought with the expectation that those enviable golf club views would keep property values high, are not going to be pleased with the prospect of new homes under construction right outside their windows.

For Miami-based 13th Floor Homes, which is currently redeveloping five former golf courses in South Florida as new residential communities and is in the market for more, the opportunities outweigh the obstacles.

“The reason we like golf courses is that Florida is wildly oversaturated with them,”  said Michael Nunziata, president of 13th Floor Homes. “The reality is that every development opportunity in South Florida is quasi-infill, in the sense that it’s already been developed in some form. There are no pristine sites.

“But there are many courses with dwindling numbers of players, and the big question for them is what to do next,” he said. “We think a good, respectful solution is new residential housing that is a plus for all stakeholders — homeowners, government agencies, non-governmental agencies.”

One example is Delray Trails, a 55-plus, active adult community that 13th Floor Homes is developing in Delray Beach on the grounds of the former Villa Del Ray Golf Club. In addition to a mix of new single-family homes and villas, Delray Trails will include a 10-plus acre recreation campus featuring a resort-style pool; tennis, pickleball, bocce and shuffleboard courts; a clubhouse housing a billiards room, cafe, library, fitness center and multiple card rooms; and community features, such as new lakes and canals, Florida-friendly landscaping, pocket parks and gardens, and three miles of walking trails.

As part of an agreement with an adjacent 55-plus development, 13th Floor Homes tweaked its plans to include large buffer areas between Delray Trails and neighboring residences, as well as improvements to community-wide infrastructure and drainage systems.

“We can’t use an arrogant approach,” Nunziata said. “Making peace with the homeowners is a matter of community outreach and education.”

Negotiations with stakeholders in Delray Beach took three years, he said, before the site plan was approved and 13th Floor Homes was able to close on purchase of the land.

Some people who live on golf courses assume that their HOA covenants prohibit other uses, a belief that is unfounded, said Howard Nelson, an attorney at Bilzin Sumberg Baena Price & Axelrod.

“I haven’t seen a case where something in the covenant obligates the course to continue to operate, though there are covenants that require a certain percentage of homeowners to agree to a change,” Nelson said.

South Florida golf courses fall into three categories, said Ken H. Johnson, a real estate economist at Florida Atlantic University: private courses with mandatory membership in high-end clubs and HOAs; semi-private or privately owned courses open to members and nonmembers, and not associated with HOAs; and county or municipal courses that are affordable and open to the public.

“The highest and best use of every acre in every category is to be redeveloped into housing,” Johnson said. “But, if someone wants to redevelop a private golf course, the HOAs and club members will often get together and generate enough revenue to offset the revenue stream of redevelopment houses.

“Attempts to repurpose public courses will raise the highest public outcry,” he continued. “The golfers who use them tend to be older and more entrenched in the community, and can create enough groundswell that most of these courses probably won’t go under the shovel.”

Residential developers stand the best chance of success, Johnson noted, with acquiring semi-private clubs, whose stakeholders have neither the means nor the influence to prevail.

But getting local buy-ins is just the beginning. The idyllic green vistas beloved of golf course homeowners are, in fact, environmentally unhealthy and require remediation before construction can start.

“It varies depending on the age of the property, of course, but it is vast,” Nunziata said. “The developer is faced with correcting the ills of the past, and work cannot begin until we have all our approvals, which can take a significant amount of time.”

Nelson, who leads Bilzin Sumberg’s Environmental Practice Group, said the time from assessing a site to see how much remediation is needed through completion of the remediation is typically about three-and-a-half years.

“Golf courses and agricultural sites are very similar,” he said. “There is polluted soil from the application of pesticides, fertilizers, and the like over a long period of time. Even though the substances used were legal at the time, the soil still has to be remediated. Then, there’s the question of whether the impact stays on the site or adjoining properties are also impacted. There are all sorts of issues related to what you have to do to the soil and groundwater to get it into a condition that makes it safer.”

The situation is further complicated in southern Miami-Dade County and western Palm Beach County, which were farmed for 100 years before golf courses and surrounding communities were built on top of the farmland. If the environmental impact of agricultural uses is common to the whole neighborhood, Nelson explained, the developer is not responsible for remediation.

“Think of it like a layer cake,” he said. “The difficulty lies in discerning where the boundary lines are.”

Golf courses are, by their nature, surrounded by existing homes — neighbors who will inevitably be affected by remediation and new construction. Nelson counsels keeping lines of communication open.

“It’s not the remediator who has caused the contamination, but handling the soil takes big, noisy equipment,” he said. “And, sometimes, there will be restrictions, because you can’t clean every speck of soil and cubic liter of groundwater. You’re going to need a plan of how to do significant outreach, so people know what is happening and have a number they can call to report any problems.”