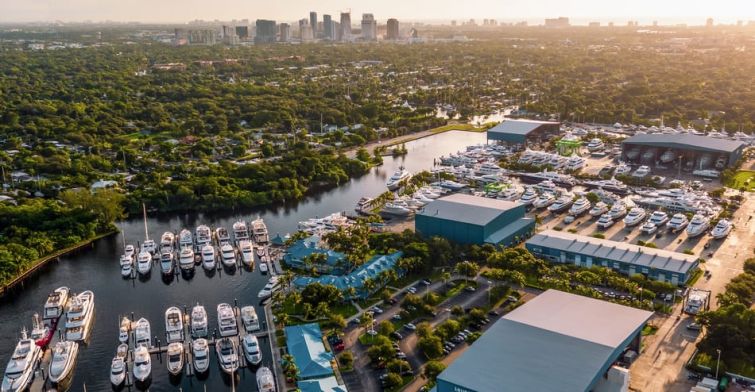 The Carlyle Group is sailing away with a boatload of cash.

Located at 2029 SW 20th Street on the banks of the New River’s South Fork, Lauderdale Marine Center is one of the largest yacht repair centers in the country. The 60-acre property boasts 106 boat ramps and employs more than 100 full-time workers.

Washington, D.C.-based Carlyle bought the shipyard for a reported $140 million back in 2015, and spent $35 million renovating it by adding a fitness center, a crew lounge area, an open workspace area, a restaurant and a floating bar. Since upgrading, operating income rose by 40 percent, said Doug West, CEO of Lauderdale Marine Center, in an interview this past October with the South Florida Business Journal.

The purchase closed on May 3. A spokesperson for Lauderdale Marine Center confirmed the sale, but declined to divulge any other details. Representatives for The Carlyle Group did not respond for immediate comment.

“We are excited to bring Lauderdale Marine Center and their talented team into the Safe Harbor family,” Baxter Underwood, CEO of Safe Harbor Marinas, said in prepared remarks. The purchase “will help us further grow along the East Coast.”

The popularity of boating surged during the pandemic as people gravitated towards outdoor activities compatible with social distancing. Powerboat sales rose by 34 percent between February 2020 and February 2021, according to data from the National Marine Manufacturers Association.