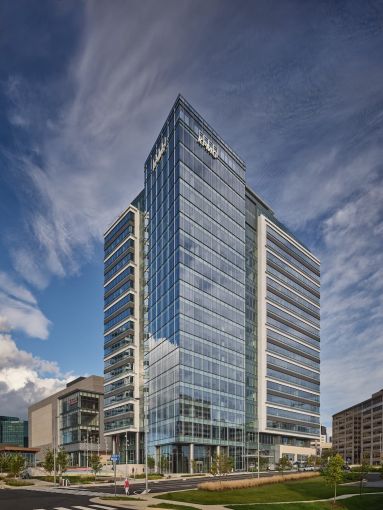 The new Boro Tower in Tysons, Va., is filling up.

Williams Mullen, a full-service law firm, has signed a 14,950-square-foot lease at the 440,000-square-foot, trophy office tower in Tysons, co-developed by The Meridian Group and Rockefeller Group.

The law firm is relocating from a nearby office building and will occupy part of the 16th floor starting in September.

“The addition of Hanwha and Williams Mullen adds two more distinguished companies to an impressive tenant roster that includes KPMG, Tegna and others,” Katie Yanushonis, senior vice president at The Meridian Group, told Commercial Observer. “Boro Tower is a trophy-level asset surrounded by over 275,000 square feet of dynamic retail, which makes it ideal for tenants looking for an amenity-rich environment near D.C.”

Hanwha is relocating its office from Crystal City, Va., and will occupy part of the building’s 18th floor.

“Hanwha Defense International is excited about the opportunity to continue its growth inside the United States, in particular at Boro Tower in Northern Virginia,” Bernard S. Champoux, Hanwha Defense’s senior executive vice president, said. “Our new offices in The Boro offer us the ability to further demonstrate another step in our commitment to our U.S. defense clients.”