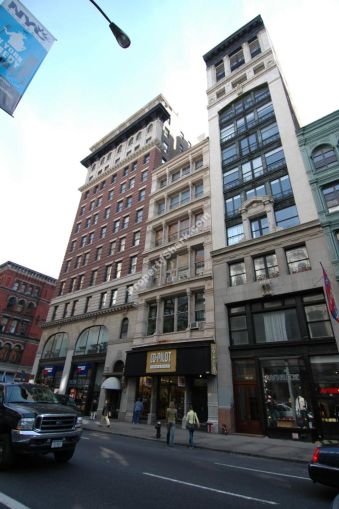 ZG Capital Partners has acquired 654 Broadway, a six-story, mixed-use building in the NoHo neighborhood of Manhattan, Commercial Observer has learned.

The firm — an affiliate of The Zar Group that’s led by Bobby Zar and James Tamborlane — purchased the property from Acadia Realty Trust for $10 million. Goldman Sachs provided a $6.5 million loan in the deal.

The 20,000 square foot asset sits between Bond Street and Bleecker Street and features ground floor retail with seven residential units above. Centrally located in the buzzing NoHo neighborhood, the building is only one block from New York University’s main campus and Washington Square Park. It also sits within three blocks of seven subway lines.

Its retail component — which features more than 30 feet of prime frontage on Broadway — is fully occupied by CityMD, and comprises 5,400 square feet across the ground floor and lower level. At the time of ZG Capital’s acquisition of the property, the residential units were 86 percent leased.

“As we see New York return to normalcy, we are humbled to acquire a historic asset, which is not only tax class-protected but is also leased to a leader in the healthcare retail industry,” Tamborlane said.

The purchase only bolsters ZG Capital’s growing portfolio.  In addition to its flagship office property at 1450 Broadway, the firm acquired the Bruckner Building — an eight-story, 188,000-square-foot asset comprised of commercial lofts in the Bronx — in January 2020, just before the pandemic fully bore down on the U.S.

The Bronx purchase was the partnership’s first, and launched the then-new venture’s strategy to buy and reposition office, industrial and mixed-use buildings throughout Manhattan and the outer boroughs.