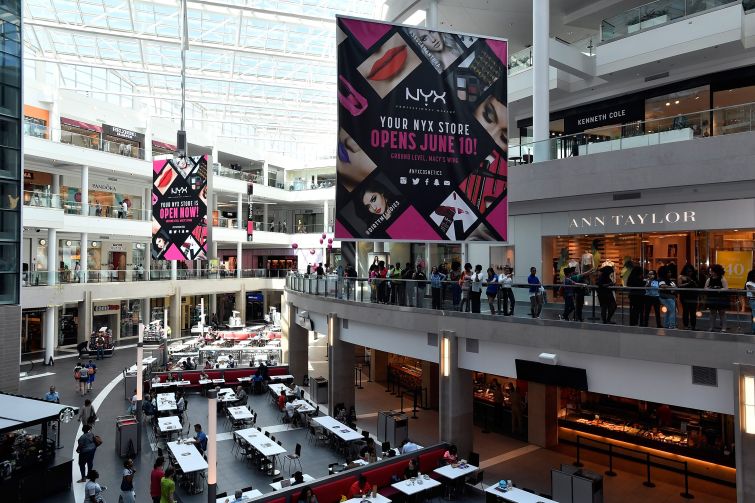 A joint venture between Simon Property Group (SPG) and Institutional Mall Investors (IMI) has landed $450 million in commercial mortgage-backed securities (CMBS) debt from Wells Fargo to refinance a regional mall property just outside of Washington, D.C., according to a ratings agency analysis of the deal.

The full-term, interest-only loan for Fashion Centre at Pentagon City in Arlington, Va., has a three-year initial term with two one-year extension options, according to a Fitch Ratings analysis of the single-borrower, single asset CMBS transaction released Tuesday. Fitch said the transaction is expected to close on May 14.

Wells Fargo’s underwritten loan-to-value (LTV) ratio of 49.1 percent indicates that the lender values the property at just under $927 million, according to Fitch data.

Loan proceeds coupled with $7.1 million of new sponsor equity were used to refinance $450 million of debt, as well as fund $3.7 million of upfront reserve and pay $8.5 million of closing costs.

The mortgage loan is secured by interests in the retail portion of the mall and the adjacent Metro Tower at Pentagon City, a 169,551-square-foot office property anchored by RAND Corporation. The loan is also backed by the leased fee interest in the connected Ritz-Carlton Pentagon City hotel.

SPG and IMI are part of a co-investment venture owned by an affiliate of Miller Capital Advisory and California Public Employees’ Retirement System. The borrower contributed $7.1 million of new equity as part of the refinance.

Located at 1100 South Hayes Street five miles southwest of Washington, D.C., Fashion Centre at Pentagon City is a four-story regional mall that contains 648,340 square feet of retail anchored by major tenants that include Macy’s, Nordstrom, Zara, Forever 21, Victoria’s Secret, American Eagle Outfitters and Express. The 1989-built mall underwent around $75 million in capital improvements to expand the property by 50,000 square feet between 2014 and 2016.

Fashion Centre at Pentagon City has historically maintained occupancy in the mid- to high-90 percent. But several major tenants have recently filed for bankruptcy or are not expected to reopen, including Ann Taylor, ALDO, Hollister Co., Microsoft, Sugar Factory, G-Star RAW and Francesca’s, according to Fitch.

Retail occupancy as of the April 2021 rent roll is 84.6% after removing bankrupt tenants and tenants not expected to reopen. Rent collections at the property, not adjusting for bankrupt or closed tenants, averaged 76 percent in the second half of 2020, compared to a low of 45 percent in May 2020 early on in the COVID-19 pandemic.