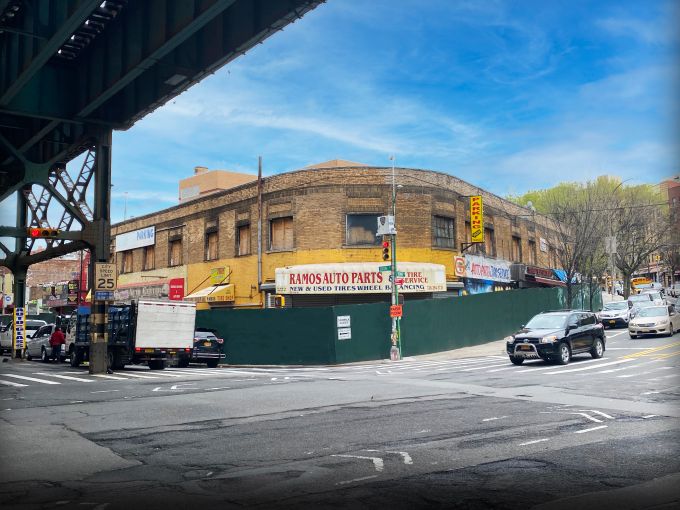 Bolivar Development bought a 139,927-square-foot development site at 1959 Jerome Avenue for $13.9 million from Tremont Garage Realty Corp., the latest purchase in plans for a mixed-use residential and commercial property in the recently rezoned Jerome Avenue area of the Bronx, Commercial Observer has learned.

The Jerome Avenue rezoning project — which covers 95 blocks of the central and southern Bronx — was approved by the New York City Council in 2018, after nearly three years of meetings, protests and negotiations, CO reported. The rezoning is expected to pave the way for 4,600 units of new housing, including 1,150 permanently affordable ones.

Bolivar founder Peter Fine is considering building a combination of residential, retail and commercial space. He previously purchased 1941 Jerome Avenue next door, growing the total development site to about 280,000 square feet. Fine was able to get a good deal on both sites, he said, as the price for the 1941 Jerome Avenue property was much lower.

He plans to demolish the existing building, which contained a former auto parts shop, to make room for the new development. Fine said the project would not have been possible without the rezoning.

“We couldn’t develop these properties unless the city went through with the Jerome Avenue rezone,” Fine told CO. “The rezoning is working. They created a market, and hopefully there will be a lot of affordable housing and neighborhood services.”

Fine said he was not sure what income levels the development would build for, in terms of residential tenants.

Jonathan Squires, Michael Fioravanti and Josh Neustadter of Cushman & Wakefield represented Tremont, and were the sole brokers in the transaction.

Because the site is located on the corner of West Tremont and Jerome avenues, Squires was able to maximize the purchase price, he said, because the corner location makes it far easier to use construction equipment like cranes to develop the property.

“We’re excited to have sold the property for $100 per buildable square foot,” Squires said. “We have not seen that number along [the] Jerome Avenue rezoning or most of the Bronx. And it’s always a pleasure to deal with this buyer.”