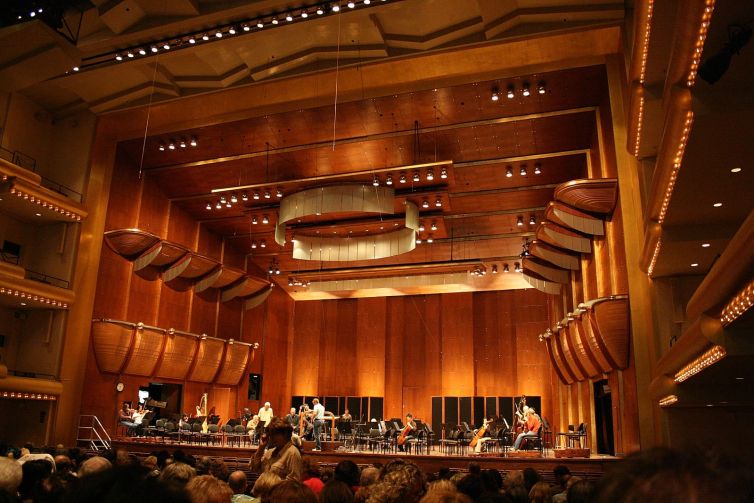 The long-delayed renovation of the David Geffen Hall at Lincoln Center is off to the races, thanks in part to a $175 million corporate bridge loan recently secured by Ackman-Ziff Real Estate Group.

Ackman-Ziff’s Russell Schildkraut negotiated the non-recourse facility, with First Republic Bank on behalf of the New York Philharmonic and Lincoln Center for the Performing Arts.

The deal is an important development in the reopening and recovery of New York City.

The New York Philharmonic announced the acceleration of the renovation — designed by Diamond Schmitt Architects and Tod Williams Billie Tsien Architects — earlier this month, along with a plan to reopen to the public in fall 2022, almost two years ahead of schedule.

“The goal of accelerating this project is to invest in New York City at a time when we all have a part to play in its recovery,” Katherine Farley, chair of Lincoln Center for the Performing Arts, commented in the announcement. “I want to pay tribute to the many people who have supported bringing this effort forward. In doing so, we are creating not just one of the world’s best cultural venues, but a space that welcomes our broader community.”

The expedited timeline helps boost New York City’s economic recovery by creating both jobs and opportunities. In the near term, it will generate more than $600 million in economic activity and create 6,000 jobs, of which 3,000 are construction jobs.

The famed concert hall’s $550 million renovation is being funded by fundraising proceeds, and the New York Philharmonic and Lincoln Center needed a facility to bridge the gap between receiving those funds and the construction beginning. First Republic’s loan is secured by the pledges, as opposed to a mortgage on the property.

To date, $500 million, or more than 90%, of the $550 million project budget has been raised, the vast majority from private sources.

“They moved up the timeframe to renovate, because they figured if they were going to be closed down, it was the best time to be building,” Schildkraut said. “So, they had a very tight timeframe, and a very short period of time to get this loan done.”

Ackman-Ziff negotiated the loan for free and closed within a 45-day timeline, advising the New York Philharmonic and Lincoln Center during the process and on the structure.

Officials at First Republic couldn’t be reached by press time, but Schildkraut said the bank found the same appeal as Ackman-Ziff did in the deal.

“It’s such an important statement for New York,” he said. “Going through COVID, New York City was hit so hard, much more so than a lot of other cities. And Lincoln Center really stands as a beacon for New York. So, this transaction says, ‘Hey, we believe in New York, and this is important to New York.’ We’re all so excited to be part of it.”

The auditorium first opened in 1962. The design for the new theater includes moving the stage forward by 25 feet, with audience seating wrapped around it. Seating capacity will be reduced by 500 seats to 2,200, and there will be improved accessibility for guests, staff and artists with disabilities. The new and improved David Geffen Hall will also have state-of-the-art HVAC systems, filtration and air purifying systems, and a number of additional improvements developed via CDC recommendations, per the Lincoln Center release.

“We made no compensation on this deal, but it’s a deal that will live forever in my heart, because it’s so important for New York and it’s good for everybody,” Schildkraut said.