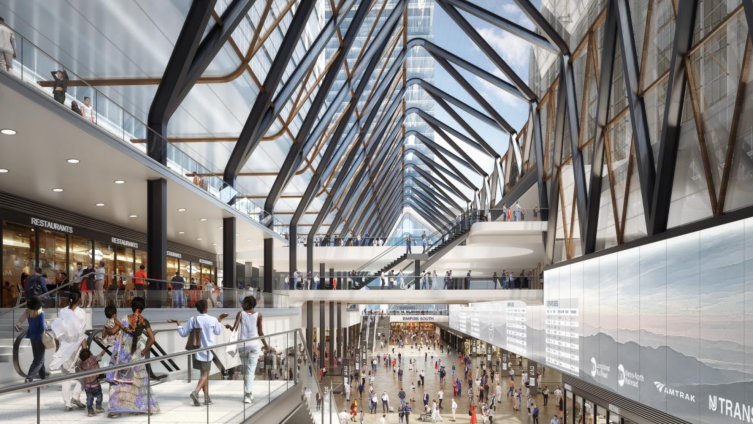 A proposed new train hall could rise in the former taxiway between MSG and 2 Penn Plaza. Image: FXCollaborative 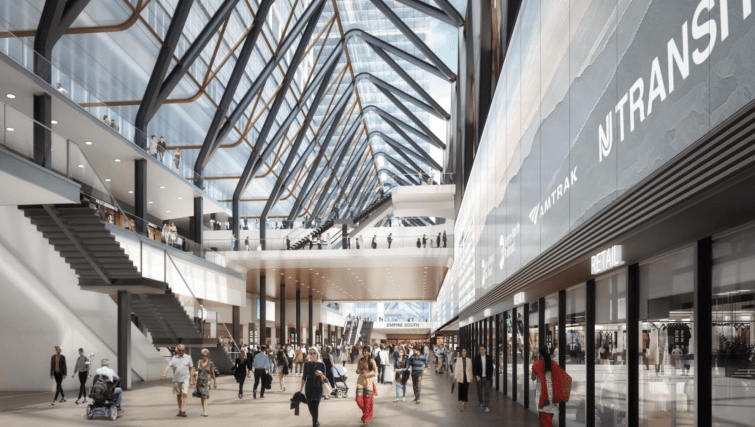 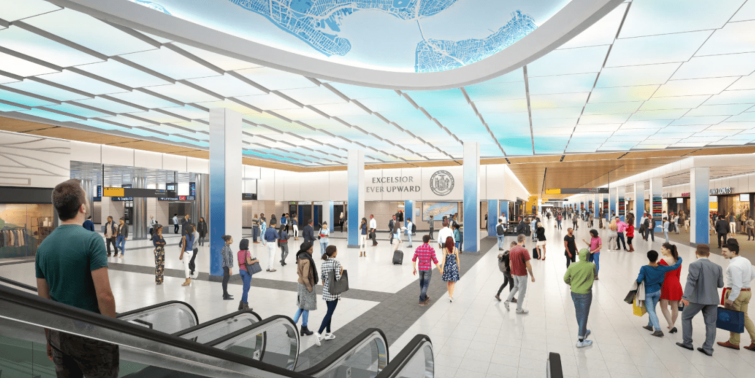 The state and the MTA are renovating the LIRR concourse that runs between 7th and Eighth Avenues. Image: FXCollaborative 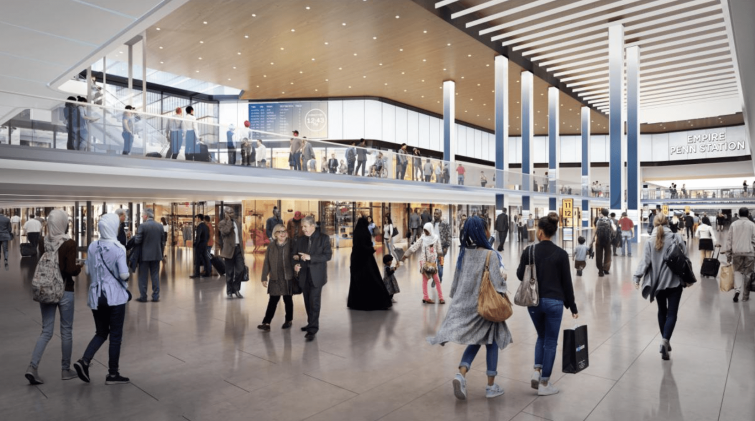 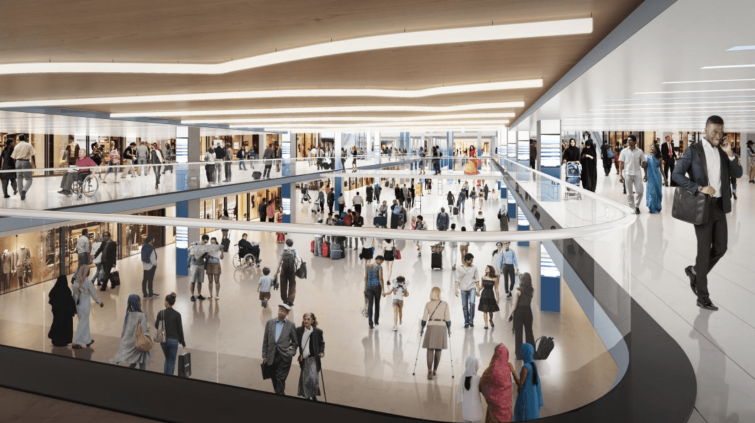 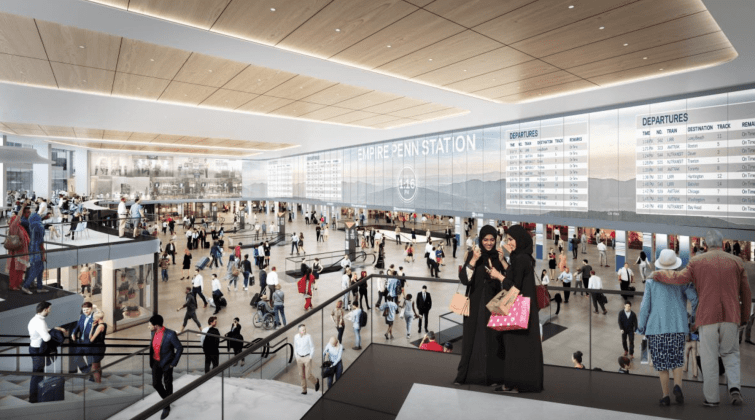 The "single-level" renovation proposal for Penn Station involves removing a chunk of the station's top level to allow for better passenger access and circulation. Image: FXCollaborative 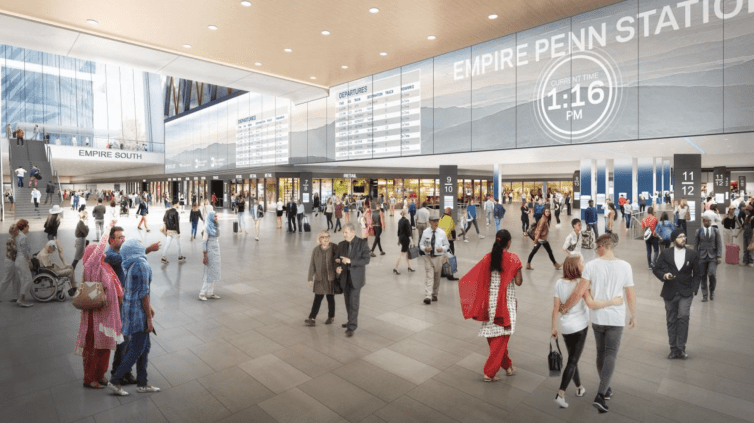 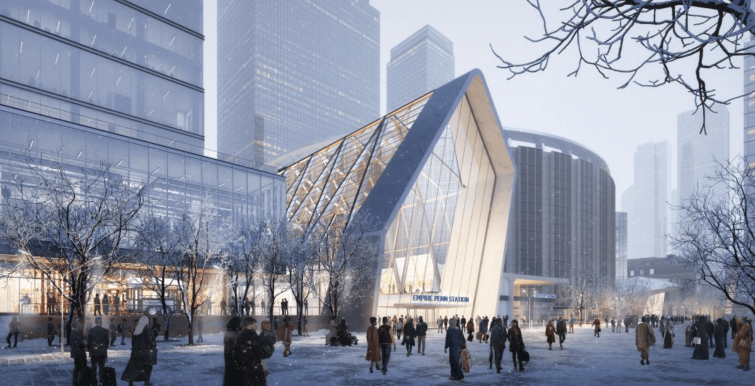 A new entrance that could be created in the former taxiway to MSG. Image: FXCollaborative 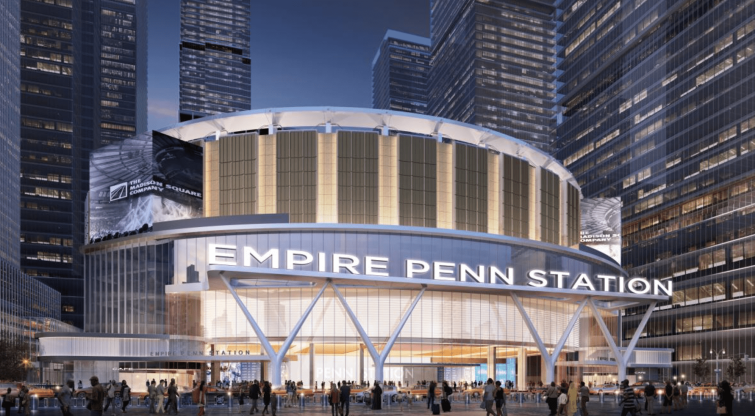 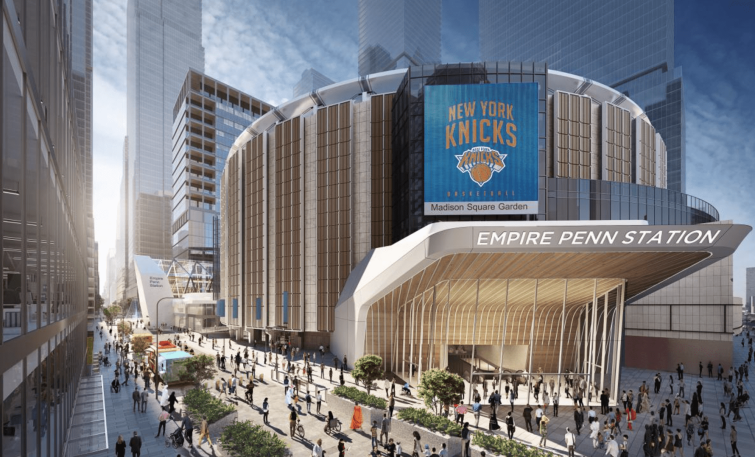 The Metropolitan Transportation Authority has released a slew of new renderings and new renovation plans for Pennsylvania Station, as part of Gov. Andrew Cuomo’s efforts to revamp the heavily trafficked train station and the somewhat drab surrounding neighborhood.

The MTA and the governor’s office are considering two different proposals designed by FXCollaborative to bring better light, passenger access and retail options into Penn Station, much of which sits underground beneath Madison Square Garden. The station is currently divided into three levels —two levels of upper concourses and one for the train platforms. Before the pandemic, it was the busiest train station in the country, serving 600,000 passengers daily via the subway, New Jersey Transit, Long Island Rail Road and Amtrak.

The majority of passengers — roughly 70 percent — who pass through Penn Station enter from the Seventh Avenue side, said MTA construction chief Janno Lieber during the agency’s monthly board meeting Wednesday. “The upper level of Penn is less useful from a transportation standpoint because all of its vertical circulation to and from the platforms is on the Eighth Avenue side,” Lieber explained.

In order to allow easier passenger access from Seventh Avenue, the MTA is considering removing the station’s upper level.

The first approach would involve preserving the current layout, while creating a two-story central atrium, adding new elevators and escalators, and converting some of Amtrak’s back-of-house space into waiting areas for New Jersey Transit. Also, if James Dolan, the executive chairman of the Madison Square Garden Company and owner of the New York Knicks, agrees to sell the Garden’s 5,600-seat Hulu Theater to the state, a new entrance and train hall could be constructed on Eighth Avenue. This plan would also allow new escalators and stairways to train platforms and wider concourses.

A second approach would remove much of the upper level, raise the ceilings, expand the current passenger spaces, and create a new mid-block train hall on 33rd Street. The new entrance and train hall would replace a former taxiway between Madison Square Garden and 2 Penn Plaza, which has been closed since Sept. 11, 2001. This option would also allow for the new entrance in place of the Hulu Theater, which would cost at least $1 billion, according to Lieber.

He noted that he wanted to “de-emphasize” the MSG plan “in the MTA’s view” because “it would be disproportionately expensive” to disentangle the existing mechanical, electrical and plumbing systems that run from the arena to the Hulu Theater.

The state and the MTA are already updating the Long Island Rail Road’s 33rd Street concourse, which runs from Seventh to Eighth avenues, by raising the currently low ceilings and updating the retail and finishes. The renovation of the concourse is expected to be complete in 2023.

The MTA also debuted an updated entrance to Penn Station at Seventh Avenue and 33rd Street last year, in conjunction with the opening of the new Moynihan Train Hall (formerly the Farley Post Office building) across Eighth Avenue.