The firm recently announced its $1.1 billion acquisition of the mixed-use life sciences and office complex from Kilroy Realty Corp. 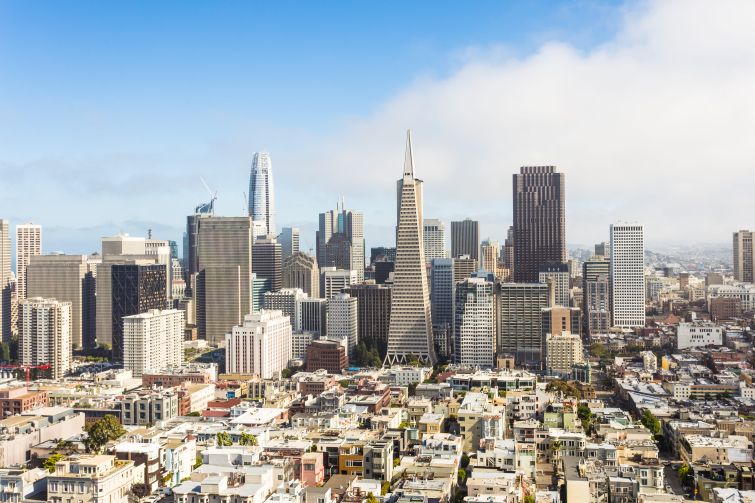 The loan, which closed on March 30, covered about $12.7 million in closing costs, as well as “prorations and adjustments” totaling about $2.2 million, according to Moody’s. It is set to be securitized in the DROP 2021-FILE single-asset, single-borrower CMBS deal.

KKR’s acquisition came via its core-plus real estate investment bucket of capital. The company injected a little over $496 million in equity to complete the deal, which put the transaction’s loan-to-cost at 54.7 percent, per Moody’s. KKR has also teamed up with Boston-based life sciences owner, developer and operator Longfellow Real Estate Partners to manage the 12-story, 750,000-square-foot asset.

Dropbox occupies about 98.4 percent of the development’s net rentable area (NRA), or just over 738,000 square feet, as its global headquarters. it signed on for the space in October 2017 and still has almost 13 years left on its lease — it expires in November 2033.

The company hasn’t really been using its space since the pandemic’s early stages in spring 2020, and it likely doesn’t plan to return. In mid-October 2020, it announced that it would transition to a “virtual first” workplace model.

Dropbox has made every rent payment throughout the pandemic, and the likely outcome for its headquarters would be for it to continue to sublease out sections of the space, which it has been doing over the last several months. In July 2020, it listed more than a third of its space for sublease, or about 270,000 square feet, and then a few months later, listed another 200,000 square feet.

It has executed on a number of subleases since last summer, including one each in October and November 2020, totaling around 186,500, or about a quarter of the property’s NRA, per Moody’s, which indicated that the company is currently “exploring further subleasing, which would be subject to landlord consent.” Vir Biotechnology signed on for 133,896 square feet in November, according to a report at the time from San Francisco Business Times, which cited a Securities and Exchange Commission filing. And pharmaceutical company BridgeBio Pharma has also subleased 52,604 square feet at the location.

Given Longfellow’s inclusion as an operating partner at the property, together with the strength of the life sciences market in Mission Bay and the fact that the property was built for life sciences use, Moody’s anticipates that life sciences tenants will likely take the lead in subletting out the rest of Dropbox’s space, if the tech company decides to continue down that path.

Dropbox’s space has been used straightforwardly as an office headquarters, but the development was conceived on a speculative basis to focus on life sciences occupancy, per Moody’s. As such, it is full of life sciences-geared features and amenities, such as ceiling heights that reach up to 19 feet; heating, ventilation and air conditioning systems that would support 1.5 cubic feet per minute per square foot ventilation within the space that could fit laboratories; vibration controls; a pH neutralization system; and two backup generators.

The buildout plays well within the city’s Mission Bay submarket, a very dense and active playground for the life sciences sector that includes companies, such as Fibrogen, Bayer, Nektar and Celgene, among others, according to Moody’s. The submarket is headlined by the University of California-San Francisco Medical Center at Mission Bay, which is a 3 million-square-foot research and medical campus next door to The Exchange.

Kilroy Realty Corp. completed The Exchange in 2018, three years after it broke ground. The property is bordered by Owens and 16th streets, and an overpass for Interstate 280 hovers above the development.

Aside from Dropbox’s space, the property also has about 12,300 square feet of ground-floor retail space across two boxes, one of which is vacant. The property has a fitness center, as well as locker rooms, conference rooms, a theater, a courtyard and spaces for tenants to park bicycles; it also offers 829 vehicle parking spaces, according to Moody’s.

Zoning constraints, a lack of available land, and general costs of construction have left Mission Bay somewhat supply-constrained for life sciences. There has been zero available space within Mission Bay’s 1.3 million-square-foot life sciences market since 2014, and average asking rents for life sciences space on a net basis currently sit at $82.50, according to fourth quarter 2020 research from Newmark that was cited by Moody’s. The submarket’s office segment is just as tight, having posted a 1.6 percent vacancy rate in the fourth quarter, which vastly outpaced broader San Francisco’s 10.8 percent vacancy rate.