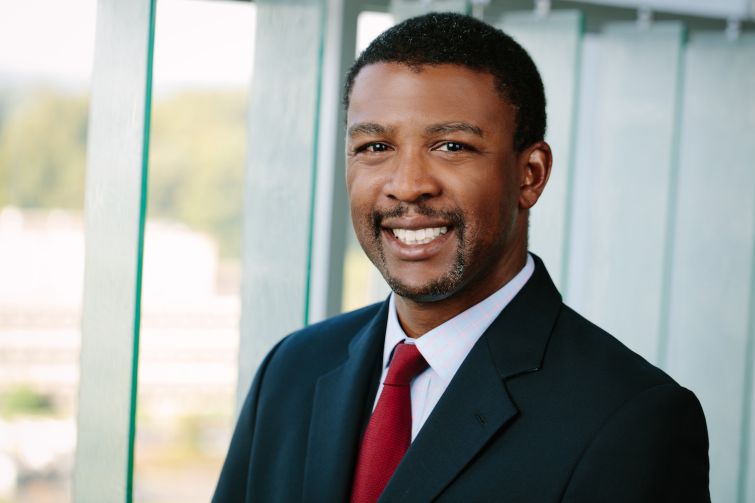 The title, executive vice president of “social impact investing,” isn’t one you hear much of in executive circles, but it’s a role that AJ Jackson is proud to hold with Bethesda, Md.-based developer JBG SMITH Properties.

The veteran real estate exec earned his MBA from Harvard Business School, worked for a time on Capitol Hill, and spent 15 years at EYA, the Bethesda-based development company. But, in 2018, he was looking for a change, and was offered the chance to lead JBG SMITH’s Washington Housing Initiative.

JBG SMITH set up the WHI in 2018 as a way to preserve and create more affordable workforce housing in the Washington region through private investment.

Jackson recently spoke with Commercial Observer about the importance of the WHI and how his unique title helps him with the initiative’s mission.

Commercial Observer: Tell me about your unique role and what an EVP of social impact investing does?

AJ Jackson: Broadly speaking, what that means is, I’m looking for opportunities to invest private capital and leverage our platform to have a measurable social impact. Primarily, what that means on a day-to-day basis is, the Washington Housing Initiative, which was launched in 2018 to help address housing affordability in the Washington region.

What are the goals of the Washington Housing Initiative in 2021?

At the highest level, its goals are to help drive new private capital at scale to preservation and production of affordable workforce housing. And to build a replicable model for preserving housing affordability and having positive social impact on the residents of the communities. That’s the overarching objective.

The WHI has two components: It has the Impact Pool, which is an investment fund that my team manages at JBG SMITH that raises capital. Then, there’s a nonprofit that’s independent of JBG SMITH, called the Washington Housing Conservatory, and they are focused on helping the residents to thrive in the communities.

Last year, the WHI closed its Impact Pool with $115 million in investments. How will that be utilized?

The first round of the Impact Pool is to fund 3,000 units of housing and really develop the model in our region.

Most of what we do with the Impact Pool and the Housing Initiative is, we try to preserve naturally occurring affordable housing. So, we’re going out in the marketplace, and acquiring Class B and Class C product, and getting it in the hands of nonprofit ownership and putting long-term affordability covenants on that property.

For instance, the fund contributed a $6.7 million subordinate loan to Washington Housing Conservancy for the acquisition of the 825-unit Crystal House apartment complex at 1900 South Eads Street in Arlington, Va.

How were those goals impacted by the pandemic?

It’s obviously been a challenging year for investment sales. It was significantly impacted by COVID last year and came to a halt in the spring, and that persisted into the early summer, turning back on a little toward year-end. But, as the economy opens up, we see the same housing pressures that prompted us to launch the initiative returning. So, we are gearing up this year to be active.

Talk to me about “the missing middle” and those you serve.

We are trying to serve people who earn too much for traditional affordable housing programs, but not enough to afford housing that’s well located near other necessities of life. In the Washington region, that means people in the $50,000 to $100,000 income range.

There are certainly folks who are in much more financial distress than the residents we are serving, but there are also folks who are doing a lot better. They are on the leg of the two points that come together. They’re not destitute, but they are stretched and stressed. We think that’s going to be more so the case, as higher-income residents return to cities and the pressures on housing reverts to what we’ve been seeing the last several years.

Characterize the power of public- and private-sector collaboration in addressing housing affordability, especially as the pandemic takes a toll on state and local tax revenue.

It’s really encouraging in the District, particularly the level of public collaboration and the public/private partnerships that the city has been willing to engage in to address housing affordability.

One of the things about “the missing middle” is that the place where housing can be preserved or created is with policy nudges, as opposed to having to put in large amounts of public subsidy. For example, in D.C., we’ve seen real property tax relief for nonprofit owners who commit to “missing middle” housing. This allows the private market to come in and bring capital at a scale that’s greater than what the public sector can provide to that housing.

I’m hoping we see more of this, as the “missing middle” really has to be part of the recovery plan. Not only because these workers contribute a significant amount of tax revenue, but also because their discretionary spending drives demand in a lot of other businesses that lead to a lot of other employment.

What are the biggest challenges you face right now?

The biggest challenge goes back to COVID. Both the inability to do investments and acquire properties, because the market is not to where it was before, and, in some jurisdictions, there are policies in place that make it very difficult to buy multifamily properties right now.

But also thinking about the residents and making sure that we can get to a place where they can be financially stabilized coming out of this pandemic, so they are not walking around with large amounts of debt.

What does Amazon’s recent announcement of its $2 billion fund to promote affordable housing mean to the region as a whole?

It’s very exciting. It illustrates to me what’s possible when businesses think about housing affordability as a strategic investment and not a charitable cause. We’ve been making the case for several years now that housing affordability is essential for economic growth, stability and vibrancy — and having a diverse region where we can attract and retain the workforce we want to retain, but business haven’t been willing, by and large, to make the same type of investment in housing that they have for things like education and transportation.

Amazon is really demonstrating a model to do that and showing what’s possible. What’s encouraging is that every business can do this at some level.

What goals have you set for yourself in 2021?

We want to get back into the market and do more preservation. We’ve done about 1,100 units so far, and we’d like to do a significant number in 2021. We’d like to grow the reach of our platform, and bring in more private capital and expand our investor base. We’d like to find ways to reach more corners of the housing market where we can preserve affordability.