The L.A.-based firm paid $37 million for about 10 acres of land, and plans to build a major, new mixed-use housing development. 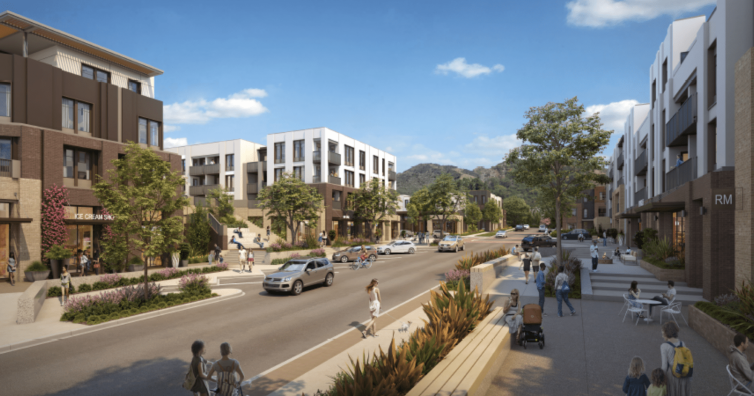 Multifamily developer and investor IMT Capital is so bullish on the market in its own stomping grounds that it paid $37 million for about 10 acres in Greater Los Angeles, and plans to build a major, new mixed-use housing development.

The property includes a vacant big box, once occupied by Kmart. But L.A.-based IMT plans to raze it and develop new multifamily units at 339 Hampshire Road in the city of Thousand Oaks, Calif., at the border of L.A. and Ventura counties.

Marcus & Millichap, which announced the deal, did not provide details about the residential project, other than it would also include retail and community accessible open-space amenities. IMT was not immediately available for comment.

Marcus & Millichap said the sales price makes it one of the largest commercial real estate transactions in the city since 2016, and the second-largest land transaction ever to be completed in Thousand Oaks.

“This historic transaction for the city is emblematic of Thousand Oaks’ move to become more pro-development, which will create long-term growth in the immediate submarket,” Brandon Michaels of Marcus & Millichap, who represented the seller and procured the buyer, said in a statement. “The sale also demonstrates investor interest in transforming under-performing assets into alternative asset classes.”

The denser areas of Southern California saw multifamily declines due to the pandemic, but more suburban regions like Thousand Oaks saw significant growth by comparison. According to an Allen Matkins/UCLA Anderson commercial real estate forecast survey, the pandemic changed the nature of the demand for apartments — both geographically and in their footprint. But multifamily development is still expected to grow in California this year as the economy rebounds and housing demand grows again.