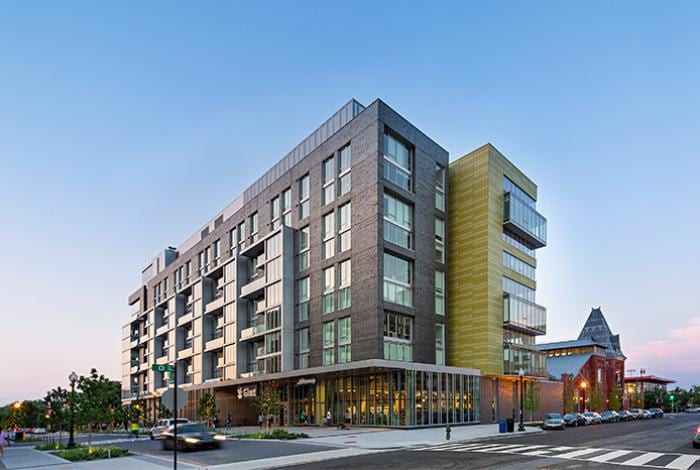 Dwight Capital has closed on a historic financing, supplying $128 million of U.S. Department of Housing and Urban Development (HUD)-backed debt for the refinance of a Washington, D.C., mixed-use project, Commercial Observer has learned.

The transaction, which marks the largest ever under HUD’s 223(a)(7) multifamily program, according to Dwight Capital officials, covers the entirety of a previous loan the New York City-based lender provided for the City Market at O Street property. The loan reduced the borrower’s interest rate by 145 basis points, and extended its term and amortization back to its original 40-year window.

Monthly rents range from $1,500 for studios to $4,055 for three-bedroom units, according to Apartments.com.

Richard Lake, managing partner of Roadside Development, noted that the overall City Market at O project  comprises 639 residential units with 90 designated for affordable senior citizen housing. It also contains nearly 90,000 square feet of retail including the largest Giant Food store to date measuring 78,000 square-feet and a 182 key Cambria Suites Hotel.  The HUD refinance covers infrastructure of the project, most of the retail and 400 of the housing units, according Lake.

“HUD really worked hard to make this thing happen and I have never seen a federal agency take more pride in something,” Lake said. “We’re thrilled to be able to refinance with Dwight and with HUD and be able to take advantage of the program and we hope to continue to hold this asset indefinitely.”

Roadside, in a joint venture with Dantes Partners, is also moving forward with a new condominium project at nearby 1336 8th Street NW that it closed on last month. The development team is planning 79 residential units above street-level retail and is slated for completion in late 2022.

Officials for City Market at O Street declined to comment. The press office for HUD did not immediately respond for comment.