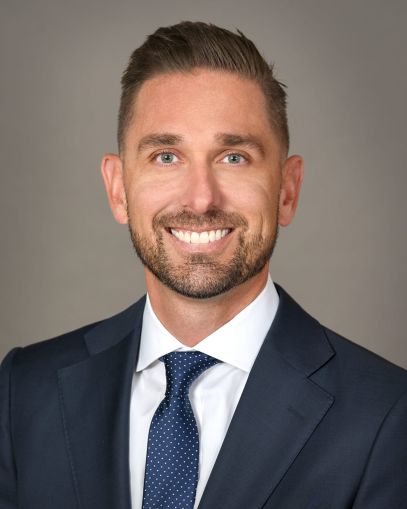 Call it middle child syndrome. With flashy Miami to the south and West Palm Beach to the north, the city smack dab in the center — Fort Lauderdale — often gets left out of the spotlight.

And while Miami and West Palm Beach have plenty to crow about (luring Citadel, Blackstone Group and Point72 among them), real estate watchers would be amiss to count Fort Lauderdale out of the action. That’s according to CBRE’s David Bateman, a managing director who leads the brokerage’s operations in the Broward and Palm Beach markets. While firms like AutoNation and Spirit Airlines have planted their flags in the city, Bateman sees an opportunity for a new wave of companies to join the mix.

Bateman, who’s based out of Fort Lauderdale, gave us his take on the draw of the city (large, inexpensive space doesn’t hurt), a beach that’s a step above the rest, and why companies might want to pull up a board and start paddling.

This interview has been edited and condensed for clarity.

Commercial Observer: There’s a lot of buzz surrounding Miami and West Palm Beach, with reports that large companies are setting up offices there. Why hasn’t Fort Lauderdale received as much traction as those cities?

David Bateman: For years, companies were testing the waters in Miami to have a foothold in Latin America. If you’re coming from New York City, Miami is as close as you’re going to get in South Florida to that type of hustle and bustle. Then, Downtown West Palm Beach has its proximity to [Palm Beach] island. Companies and people from the northeast have had a very familiar relationship with those parts of our region. So, COVID accelerated a lot of those trends.

What makes you hopeful?

Downtown Fort Lauderdale has good options for large users looking to relocate into the region. So, if you’re coming from out of market — and you’re looking for 40,000 feet — there aren’t a ton of options right now. Fort Lauderdale is also pretty competitive from a price standpoint. It’s cheaper than Miami and West Palm [Beach].

Fort Lauderdale is the [central business district] with the most accessible beach in the entire region. You can literally walk to the beach from Downtown Fort Lauderdale. It’s an experience you can’t get anywhere else, not in Miami or West Palm Beach.

What do people normally associate Downtown Fort Lauderdale with? How is that changing?

Candidly, 15 years ago, it was a place where people lived, and left to work and do whatever else. That’s not the case now. It’s become a very dynamic business district. There’s something for everyone.

If you walk down Las Olas Boulevard, our main street, say the farthest part west, where young professionals live, there’s great activity for restaurants and clubs — that type of scene. Then, you walk further down, you’ll see the suits and skirts: people conducting business for large, successful companies. If you keep going down, you’ll see families and tourists going out for ice cream or pizza.

What’s the sign that Fort Lauderdale has “made it?” What areas are poised for growth?

What would be really compelling to the market is to see high-quality, new-to-market groups, similar to what’s been happening in our neighboring communities, plant down in Downtown Fort Lauderdale. I think we’re pretty close. Stay tuned.