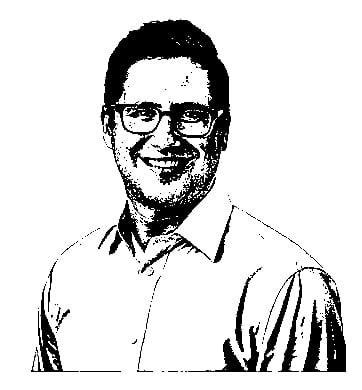 The world embraced 2021 with glimmers of hope that the pandemic may soon be behind us. And, while there are indeed many reasons to celebrate, we also have less time to avoid the worst effects of climate change.

One area seeing a lot of attention recently is buildings, since they account for 40 percent of all energy used in the U.S. New York City’s new Local Law 97 aims to reduce this metric by setting strict standards for buildings to reduce carbon emissions through energy efficiency and renewable energy. Failure to comply can lead to multimillion-dollar fines, and false reporting can lead to jail time.

As NYC building owners comply with LL97, we should see a much cleaner and more energy-efficient city. But how will we know if buildings are indeed complying? And how can we ensure that NYC will reduce its emissions, rather than just collect fines? We need carbon accounting and a secondary marketplace.

Next, building owners can purchase renewable energy credits (RECs). LL97 mandates that such RECs are limited to those from a renewable generation asset “located in or directly deliverable into [New York City].” It’s worth noting that LL147, a more recent addendum to LL97, relaxes this language to “a capacity resource located in, or whose output directly [deliverable] sinks into [New York City]”. By adding the lines “whose output” sinks into Zone J, the city’s spot on the power grid, we believe energy from suppliers whose output is shared with the broader pool of electrons sinking into NYC may also be compliant under this wider definition.

To meet this broader specification, building owners can choose to either get their energy and RECs from suppliers producing renewable power in New York’s broader pool of electrons, such as Brookfield Renewable Partners, or to buy power and RECs from those that will bring transmit renewable power into Zone J in NYC, such as the Champlaign Hudson Power Express transmission line, aka Hydro-Québec in Canada.

There is a huge opportunity for NYC to establish a secondary marketplace for LL97 compliance by creating tradeable “tokens.” This marketplace is being discussed, but is, unfortunately, not yet an option. If created, it would allow building owners to purchase tokens from other buildings that have “overcomplied” and become more efficient than they need to be. For example, if building A has become more energy-efficient than required by LL97, it could sell these tokens to building B, which is using too much carbon.

Such a marketplace would incentivize building owners to reduce their emissions as much as possible, rather than to the lowest compliance level. This would also make it more likely that buildings that don’t comply will buy tangible carbon tokens, rather than just paying a fine. To do this effectively, building owners would need to use carbon accounting platforms to standardize how tokens are issued and transacted.

Carbon accounting software will be critical in streamlining compliance reporting and for hopefully issuing tokens for a secondary marketplace in line with NYC’s LL97 parameters. These platforms can organize meter-level data to calculate carbon from energy consumed and calculate if the carbon output is within the limit for the building type, size and occupancy. Building owners can then use these records to report back to the state or to create tokens to trade.

By utilizing carbon accounting tools, building owners also protect themselves from greenwashing claims. The days of corporations self-claiming carbon neutrality are over. Customers, investors, tenants and other stakeholders want to know that corporations and real estate owners are actually making an impact. JPMorgan Chase, for example, began to use carbon accounting services for their New York offices, prior to LL97, in order to provide transparent and honest records of the carbon reduction from their renewable energy purchases.

With increasing urgency to combat climate change and leadership from our new federal administration, we can expect to see governments follow NYC’s example to put laws into place like LL97. To ensure that we achieve actual carbon reduction, we need governments to not just set up mandates, but to ensure auditable reporting and allow for carbon credit trading. Greenwashing is no longer an option.

As corporations and real estate owners are mandated to reduce emissions and gain opportunities to participate in marketplaces to monetize this, decarbonization of the economy will accelerate.

Zach Livingston is head of sales at ClearTrace, an energy data and carbon accounting platform.