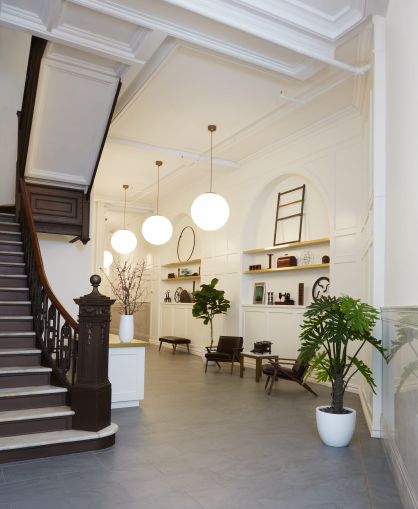 The block-through lobby at 22 West 19th Street has been renovated with new shelving and panelling on the walls, new globe light fixtures, and a seating area. Photo: Gigi Gatewood 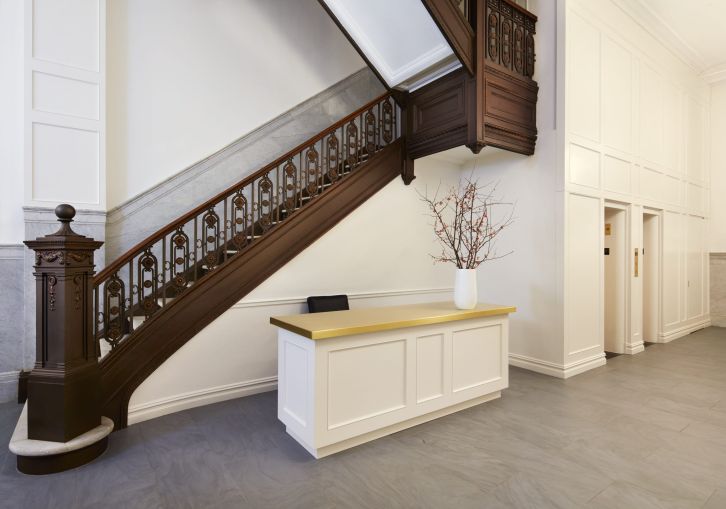 The marble and bronze staircase was sanded and restored to its original color. Photo: Gigi Gatewood 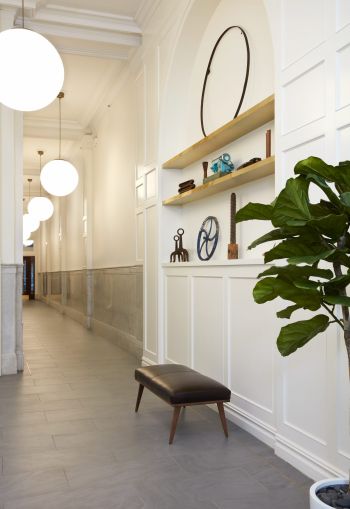 Kaufman reclaimed some retail space from next door to create the alcove shelves and seating. Photo: Gigi Gatewood 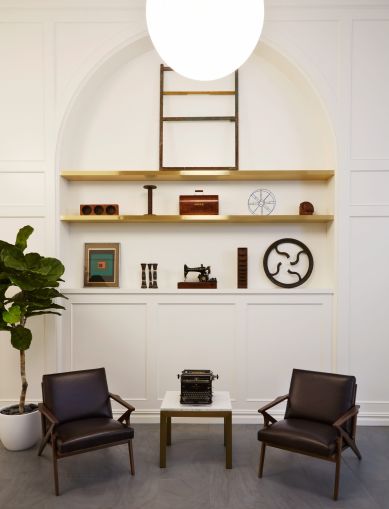 Outpost Architecture decorated the shelves with historic sewing machines and other historic garment-making items in a nod to the building's history as a garment factory. Photo: Gigi Gatewood 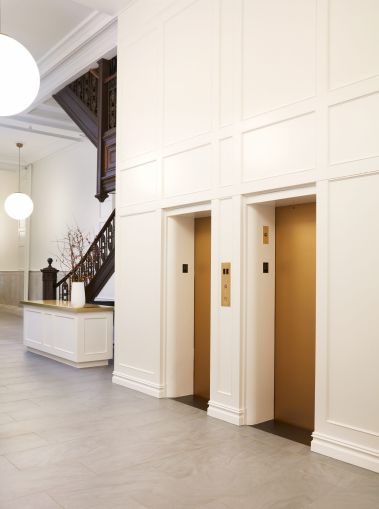 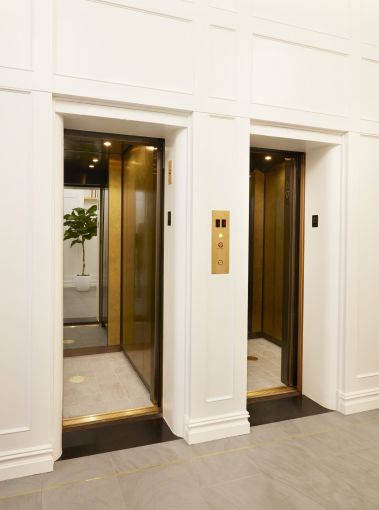 When the pandemic emptied out its Chelsea loft building at 22 West 19th Street, the Kaufman Organization decided to renovate and restore the property’s lobby, which features an ornate staircase and original marble paneling.

The balustrade, which is carved with floral details and garlands, was sanded and restored to its original dark bronze as part of the renovation. Workers removed plaster panels to reveal pale gray marble wainscoting that runs along the lower half of the wall throughout much of the lobby, and stoneworkers restored the damaged portions of the marble. A new, gray stone floor was installed, and white-painted wooden paneling was installed along some of the walls, in an effort to create a “timeless” look, said Kaufman Vice President Brad Giambrone.

The lobby of the 1910s building also has a coffered ceiling, which was repainted a bright white to match the walls. Two large, semicircular alcoves were carved into the walls and lined with sets of antique brass shelves. The architect, John Geisler of Outpost Architecture, brought in 1920s sewing machines and other sewing-related antiques to line the shelves, in a nod to the building’s history as a garment factory. He also placed midcentury lounge chairs in front of the alcoves to create a small seating area. Kaufman reclaimed six feet of space from a retail tenant next door to widen this portion of the lobby, and accommodate the shelves and lounge.

“We wanted to provide some more contemporary touches while respecting what was there,” Geisler said. “We didn’t want to do some kind of crazy Vegas thing with neon lights and hard, cold materials.”

Other additions include a white-and-antique brass reception desk, potted plants and large, hanging glass globe pendant lights. Bringing more sunlight into the center of the through-block lobby was one of the goals of the renovation, Giambrone said.

“The lobby, specifically the corridor, doesn’t get much light,” the exec explained. “We have this very pretty lobby with original marble wainscoting, a very nice decorative staircase. But it was very dark when you got to the center of the property. Now, you get this really nice light running through it.”

The elevators were also modernized as part of the renovation, which began last summer and wrapped in January. Brass paneling was installed in the cabs, and the elevator controls and mechanicals were replaced, too. The 12-story building runs through the block from 18th to 19th streets between Fifth and Sixth avenues.

Freight entrances on the south side of the building were also renovated, allowing tenants direct access to the elevators from the street, both for the sake of convenience and to reduce the number of workers in the lobby during the pandemic.