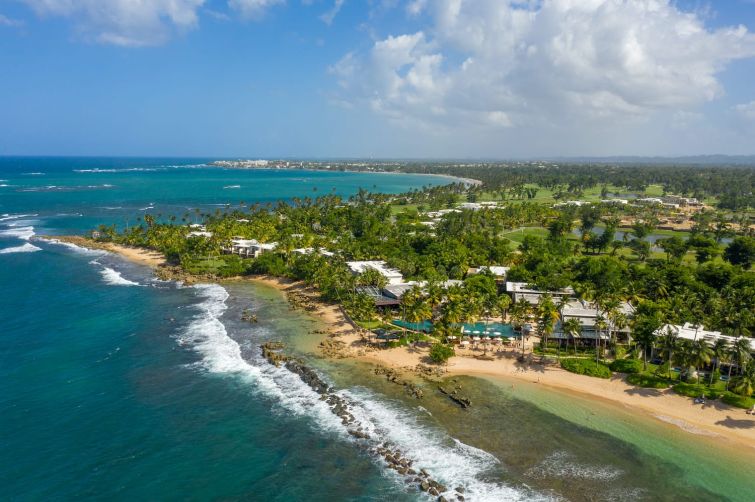 The Newmark team did not return requests for comment. Knighthead officials confirmed the loan but declined to comment further.

The luxury, beachfront resort — located at 100 Dorado Beach Drive and roughly 25 miles from San Juan — opened in 2012. It comprises 500 rooms, more than 750 residences and sits on 1,400 acres with 2.5 miles of private beaches. Knighthead’s loan refinances the hotel component only.

Resort amenities include the award-winning Spa Botánico, four food & beverage outlets, and immediate access to the beach and ocean. Some rooms also feature an en-suite plunge pool. Resort guests have full access to the Dorado Beach Resort and Club, one of the most historic social clubs in the Caribbean. Its amenities include three golf courses, a private water park, 11 miles of nature trails, an 8,000-square-foot fitness center and a tennis complex.

Originally a RockResort, Dorado Beach resort was acquired by CPG in an off-market transaction in December 2007. Its history spans back to 1905, and it first opened its doors to the public in 1958 as the first eco-resort in the Caribbean, developed by Laurance Rockefeller. Early celebrity clientele included Joe DiMaggio, Elizabeth Taylor, Ava Gardner and John F. Kennedy.