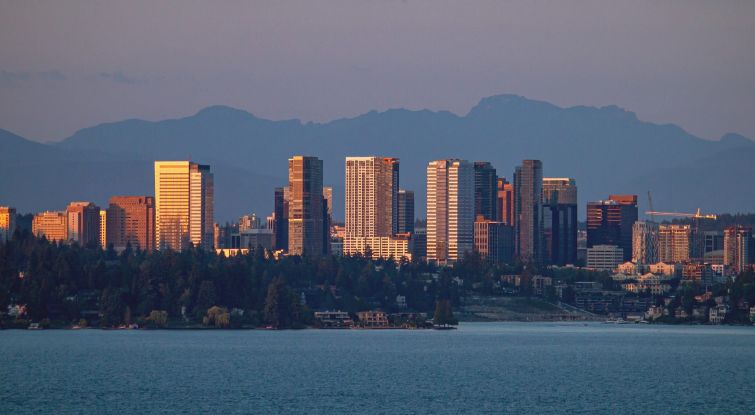 The asset traded hands for $169 million, according to CoStar Group, making the transaction the largest office sale by total price in the Puget Sound region this year, so far. Honolulu, Hawaii-based The Shidler Group previously paid roughly $225 million for the asset in 2018.

The 600,000-square-foot campus comprises three, seven-story, Class A office buildings and is located at 3005 160th Ave SE in Bellevue’s Eastside office market, one of the most dynamic and supply-constrained office markets on the West Coast.

The property sits on a 14.6-acre site. Two of the three buildings are connected via a 25-foot high, 100-foot long glass roof atrium space that includes a fireplace and water feature. The property also includes a 120,000-square-foot parking garage.

It’s fully leased to Microsoft through September 2023, and has been since the property’s construction wrapped in 2008. The technology giant has one five-year renewal option remaining on its lease and is in good company from a tenant standpoint in the submarket; the campus sits in close proximity to those occupied by other high-growth, big-name tenants, such as Amazon, Facebook, Salesforce and Google.

The Puget Sound-Eastside office market has continued to garner investor interest throughout the pandemic, buoyed by the tech-heavy nature of its tenant base.

In September of last year, Facebook cemented its commitment to the area when it paid $368 million to purchase REI’s brand-new, 400,000-square-foot headquarters in Bellevue.

And further north, in Redmond, Wash. — the home of Microsoft, as well as Nintendo — Vanbarton Group closed on its acquisition of Millennium Corporate Park last December; a six-building office portfolio that’s 95 percent leased to Microsoft, as reported by CoStar Group. The asset traded for $217 million.

Officials at Kennedy Wilson and PGIM did not return a request for comment. A spokesperson for C&W declined to comment.