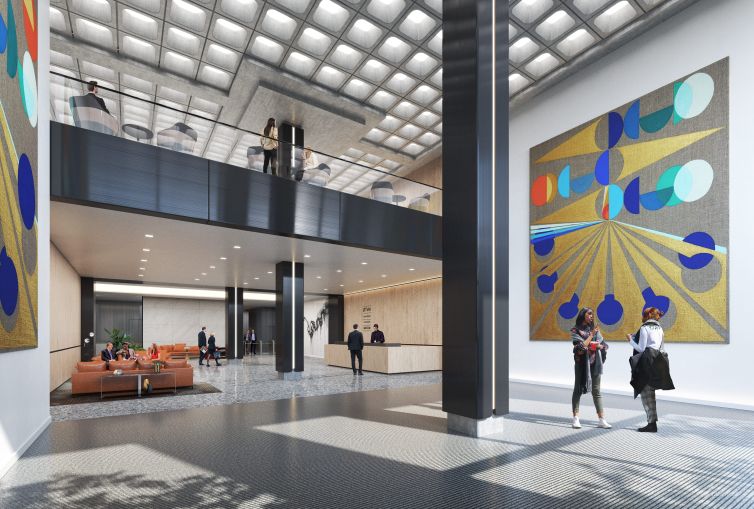 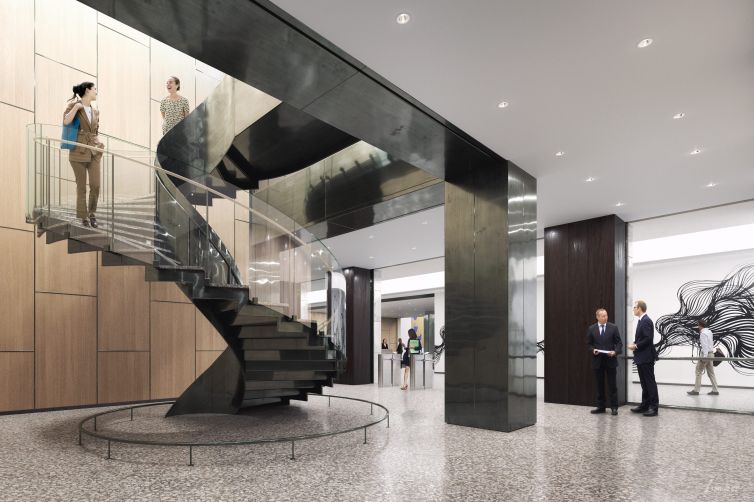 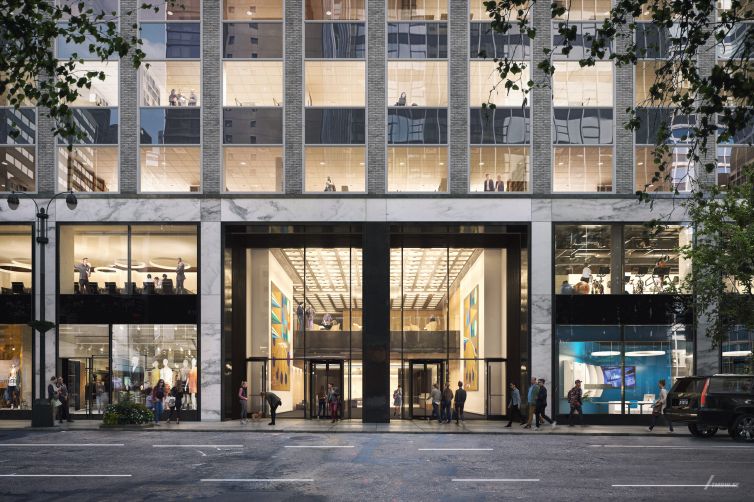 The facade of the first two floors was renovated with white marble panelling and expanded floor to ceiling windows on the second floor. Image: TMRW 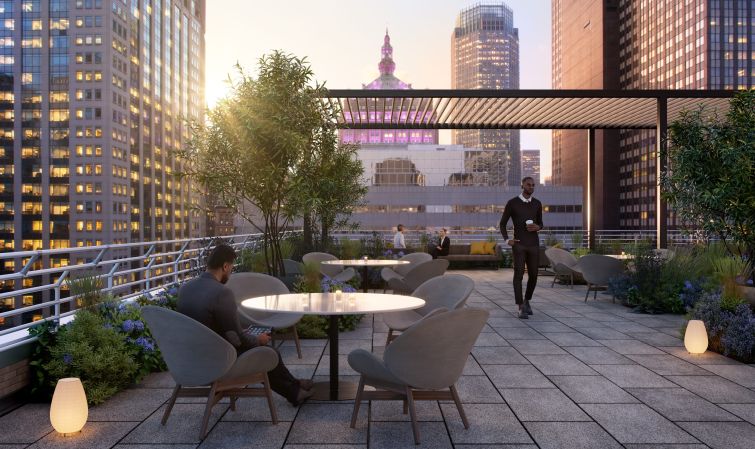 Gensler also designed a large roof deck for building tenants with a bar for events. Image: Visualhouse
Previous Next

TIAA’s 1950s headquarters at 730 Third Avenue is getting some updates with a midcentury modern twist.

Nuveen Real Estate, which is a subsidiary of TIAA, and Taconic Partners are overseeing the $120 million renovation of the 27-story building.

“This was envisioned as a repositioning for TIAA,” said Nadir Settles, who manages Nuveen’s New York office portfolio. “They have been in this building for decades, and they wanted to create an experience that would attract third-party talent, allow them to compress into the building, and lease some space to third-party tenants.”

The financial services organization, which is formally known as the Teachers Insurance Association of America, hopes to lease nearly half the building, or 226,000 square feet, to other tenants with the help of Paul Amrich and Neil King from CBRE. TIAA occupies 300,000 square feet on the third through ninth floors, and it recently leased 70,000 square feet to accounting firm Marcum.

Updates include the creation of a new, double-height lobby with a second-floor mezzanine that hosts tenant amenities like a gym, a conference center, a lounge and a food hall with in-house catering. Lobby designer Gensler opted to expose the building’s original concrete slab along the ceiling, installing LED lights inside the openings of the waffle-shaped structure.

“Looking at old photos of the building under construction, we saw it had this really unique concrete structure,” said Laurent Lisimachio of Gensler. “So, we designed a unique lighting system where every cell has a light source in it.”

Structural columns and the side of the mezzanine that overlooks the rest of the lobby are covered in a polished, blackened steel. Light oak wooden walls were installed in the back half of the lobby, along with a curved black staircase to the second floor.

The first 20 feet of the lobby walls have been white-boxed with sheetrock in order to display two massive, modernist-inspired abstract paintings by artist Eamon Ore-Giron. The 18×18’ colorful works in canvas had to be disassembled so that they could be shipped from Ore-Giron’s studio in Los Angeles, and then re-assembled before being hung in the lobby. And the 45th Street entrance to the building will have a 65-foot long mural by artist Giuliano Martinuzzo.

The facade of the first two floors was also redone with white marble, and new entryway portals were carved into those first two floors and painted black, extending the existing double-height entry portal to the lobby. All of the windows on the facade were replaced with self-tinting View glass.

Upstairs on the 22nd floor, a 7,000-square-foot landscaped terrace has also been installed for building tenants, and it will feature soft seating, wifi and a liquor bar for events.