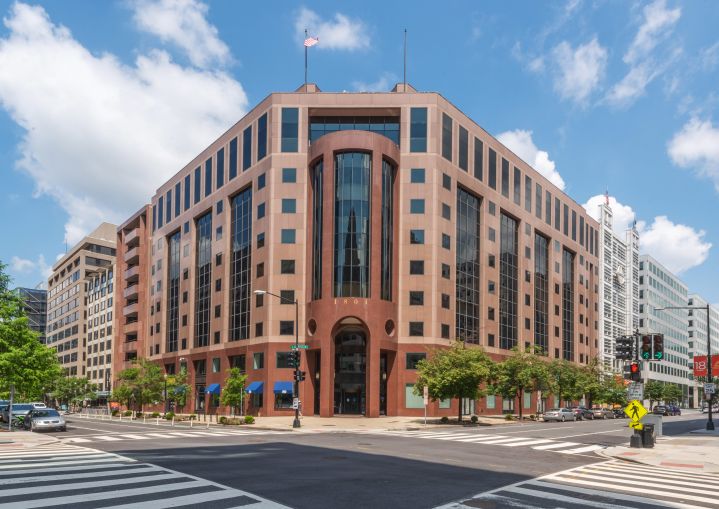 The financing is backed by the roughly 206,000-square-foot 1801 L Street NW in Downtown D.C. and was used to take out existing debt, buyout the ground lease and cover future leasing costs for the asset, sources said. It was provided to an ownership group called 1118 Partnership, which is made up of “several established local real estate families” from the D.C. area.

“A strength of the RMC platform is our ability to provide tailored financing with flexibility for complex situations,” Rubenstein Mortgage Capital Director of Debt Capital Markets, Ashesh Parikh, said in a statement. Parikh originated the loan. “In this case, we were familiar with both the sponsor and the asset and could collaborate on a financing solution to achieve the sponsor’s goals of refinancing previous debt, combining fee and certain leasehold interests in the property, and supporting the future business plan.”

Built in 1988, the 10-story office building is situated in a dense area of Downtown D.C., surrounded by transit options and restaurants and shopping, as well as other offices and government buildings, such as the Honduran Consulate building. The property is about a block away from K Street NW, a main thruway running through the middle of downtown, and it is within close proximity to George Washington University and the adjacent university hospital.

Sources said the property is currently, and has been historically, occupied by “government tenants.”

According to an online listing from Cushman & Wakefield, rents for available space at the property sit at $45 per square foot, while a separate listing on LoopNet for an available ground-floor retail space has rents at $58 per square foot per year.