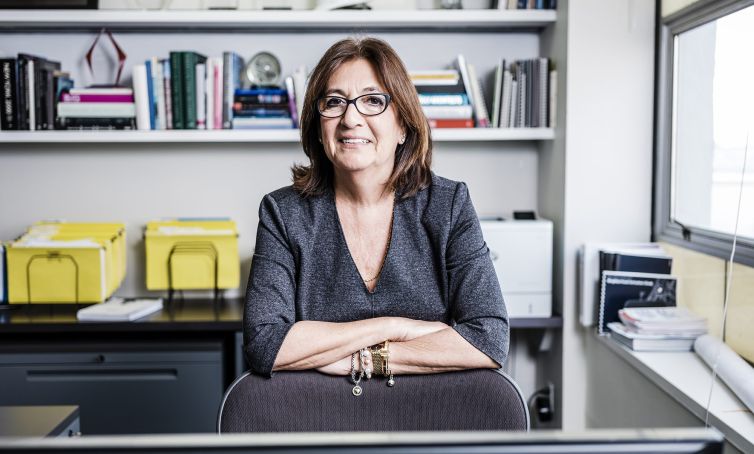 Lorraine Grillo, head of the New York City School Construction Authority (SCA) and the Department of Design and Construction (DDC), has been tapped as the city’s “recovery czar” to help it come back from the coronavirus pandemic, Mayor Bill de Blasio announced Monday.

The newly created post tasks Grillo with serving as a central hub to coordinate between different city agencies, nonprofits and the business community to develop strategies for the city’s recovery.

“New York City was hit with an unprecedented health care and economic crisis,” de Blasio said in a statement. “As New York City’s first-ever recovery czar, Lorraine will cut through bureaucracy, coordinate across all agencies, and reach out to non-profit and private partners to make sure our recovery is felt in every borough, every neighborhood, and every block.”

The role, officially titled as senior adviser for recovery, will include Grillo hosting weekly “war room” sessions with leaders in city government to coordinate their recovery efforts and get progress on them, de Blasio said.

“Our city, my city, has been hit really hard, but we’ll recover,” Grillo said during a press conference. “I’m going to draw on my decades of experience in government to cut through the noise and get things done.

Grillo will start in the new role immediately and leave her posts at both the SCA and the DDC. De Blasio did not name replacements for her at either agency.

The recovery czar position comes nearly a year after the city implemented its first stay-at-home measures as COVID-19 ripped through New York City, killing more than 46,000 people so far.

De Blasio said the new position will put the city’s recovery “into high gear,” and that he waited about 11 months to name a recovery czar once the pandemic moved away from a “pure emergency environment.”

“We’re now starting to move the focus away from the day-to-day, hour-to-hour fight against COVID,” de Blasio said. “It’s time to put this into a higher gear and centralize the process.”

And while Grillo’s job description might be a bit vague, her experience and the praise heaped on her isn’t.

“The appointment of Lorraine Grillo as recovery czar for New York City is a critical step toward rebuilding our economy and getting the five boroughs back on track,” Carlo Scissura, president and CEO of the New York Building Congress, said in a statement. “Having worked with Lorraine for the past 20 years and given her tremendous record of success, I can think of no better choice for this important role — her strength, tenacity and expertise will be invaluable to the resurgence of our city.”

Grillo, an Astoria, Queens, native, joined the SCA in 1994 and was named president in 2010. She was credited with turning the agency into one with a reputation for delivering projects on time and on budget.

In 2018, she was named commissioner of the DDC — which is tasked with handling everything from street repairs to new recreational facilities — and started work with a plan to cut the long delays and high costs of projects the agency was known for. And her work has started to see some success.