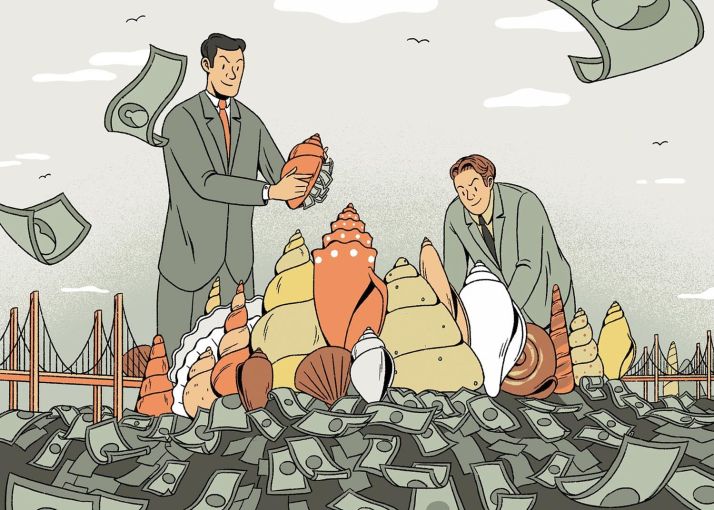 Setting up a limited liability company to purchase real estate anonymously was, until fairly recently, one of the favorite ways for folks up to no good to launder their money to remove the stigma of ill-gotten gains. (It’s also, it should be noted, a way for celebrities and politicians to hide their identities for much more innocuous reasons, including safety.)

The LLCs often prevented investigators from tracing money to its source. Funds involved in acquiring an asset would end up sometimes being only two or three times removed from a financial crime.

A 2015 New York Times investigation highlighted the phenomenon: It found that more than 200 “shell” corporations had owned condominiums in the Time Warner Center, the high-rise, mixed-use project at Columbus Circle developed chiefly by Related Companies, the vehicle of real estate investor Stephen Ross.

The Times spent more than a year unraveling the ownership of some of these apartments. A few turned out to be owned by corrupt business people from Greece and China, as well as a former Russian senator who was denied entry into Canada due to suspected connections to organized crime.

Almost half of the country’s most expensive residences, too, were bought through shell corporations, the Times found. The series helped spur regulators to seek methods to compel disclosure.

These efforts centered around the U.S. Treasury’s Financial Crimes Enforcement Network, commonly known as FinCEN, which promulgated regulations in 2016 to pierce the anonymity of high-end, real estate transactions. The number of all-cash purchases of high-end real estate nationwide — a favorite of buyers seeking anonymity — subsequently dropped 70 percent, according to a 2018 report from the Federal Reserve Bank of New York.

Last year’s Corporate Transparency Act — which leaders from both parties supported, including President Donald Trump, himself a marketer of luxury condos — codified those rules into law. The law closes loopholes and compels buyers intending to own more than 25 percent of a property to let their name be known to law enforcement agencies and other financial institutions, such as banks, that are required by law to protect themselves and report suspected money laundering.

Companies could have been formed anywhere on the globe, said Gary Kalman, director of the U.S. office of the global anti-corruption interest group Transparency International. Under the new law, LLCs used to buy real estate in the U.S. will have to disclose, even if they’re based in a foreign country.

The law was enacted in December, part of a gigantic defense bill that Trump vetoed, but Congress overrode him on. The law doesn’t go into effect until January 2022, to allow regulators to write regulations for buyers and brokers to follow.

Nevertheless it is a “hot topic” on Zoom calls of the Real Property Law Committee of the New York City Bar Association, said Jeff Margolis, founder of the Margolis Law Firm and a real estate attorney.

Concerns include invasions of privacy, leaks to the press, and convoluted paperwork for buyers, which could slow transactions. Penalties for willfully violating the law (inadvertent failures are not punishable) include fines of up to $10,000 as well as up to two years in prison.

“As the effective date draws closer, if you’re starting something new now, I would think you would at least be collecting the information that you’re going to need when you actually have to start filing,” Margolis said. “And, probably, if you’re a bad guy, you’re starting to think of some other place to park your money because of all this scrutiny on real estate investments.”

It won’t do a buyer any good to rush to beat the regulations either, he said. That’s because the law will apply to both new and existing LLCs. Company owners will have up to two years from the day the regulations go into effect to comply, Margolis said.

James Whelan, president of the Real Estate Board of New York, the principal lobbying arm of the city’s real estate industry, said through a spokesman that while the board supports “the overarching goal of fighting illicit money laundering activity,” it remains concerned about “potentially harmful privacy breaches and exposing [buyers] to excessive and punitive damages.”

Whelan said he hoped the rule-making period, before the law goes into effect, will address these concerns.

The Real Estate Roundtable, the national association that represents real estate interests in Washington, has a statement on its website from Nov. 15, 2019, saying it had sent a letter to the Senate Committee on Banking, Housing and Urban Affairs complaining that the proposal, while well-intentioned, would have “negative unintended consequences.” This included, the group said, burdening small businesses with compliance.

The roundtable instead said it would support a “balanced” statute that “would inhibit illicit money laundering activity, yet not place unnecessary costs and legal burdens on the real estate industry.”

Developers along Billionaire’s Row — what 57th Street has come to be called, due to the towering condominium buildings that have been built on or near the street — either declined to comment or didn’t didn’t respond to requests for comment. These include Gary Barnett’s Extell Development, builders of One57 and Central Park Tower; Related, primary builder of Hudson Yards and the Time Warner Center (soon to be the Deutsche Bank Center when that tenant moves in); and Harry Macklowe’s Macklowe Properties, which, along with the CIM Group, built 432 Park Avenue.

Those towers cater to the international interest in owning some of real estate’s most enviable residences: duplexes and triplexes with incredible views of both Central Park and Midtown.

Kalman of Transparency International called the passage of the bill “a monumental step forward,” forcing would-be lawbreakers to seek other, potentially more traceable ways to launder their money. He noted the rare bipartisanship the cause engendered.

“There is not a lot of legislation that Tom Cotton and Maxine Waters agree on,” he said, referring to the Republican senator from Arkansas and the Democratic congresswoman from California. Kalman also noted that Nancy Pelosi and Trump, rarely a cordial couple, backed the bill, too.

“This is the foundation,” Kalman said. “The new law does two very important things. One, up till now in the U.S., it was very easy to put up an anonymous company. This closes that global loophole. And it sets a good example for countries around the world.” Kalman mentioned Canada as an example of a country that doesn’t yet have a corporate transparency law.

“You’re significantly upping the cost of moving money around the world,’’ Kalman said. “It’s hard to overstate how significant that is.”