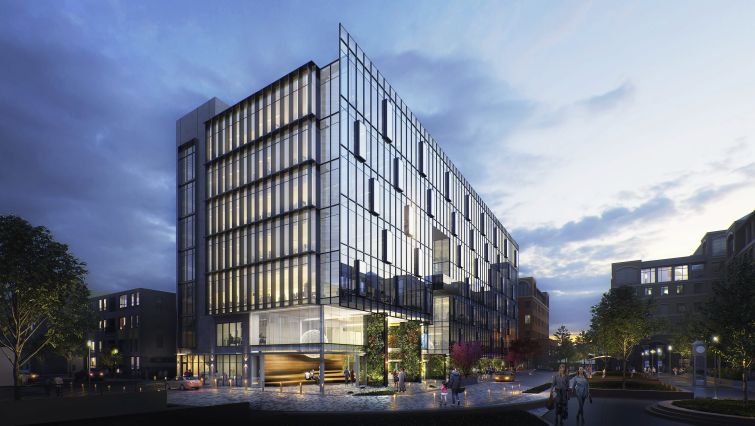 a rendering of 100 Altair in Sunnyvale, California. Square Mile Capital

Minkoff Group has nabbed a $114 million loan to finance construction of 100 Altair, a 180,000-square-foot office building planned for the San Francisco Bay Area.

Bank OZK was the senior lender for the financing with Square Mile Capital serving as the mezzanine lender. Chris Gandy of JLL’s San Francisco office arranged the financing.

“The Minkoff Group has a proven track record of developing best-in-class office buildings throughout Silicon Valley and we are excited to be executing this transaction with them,” Square Mile Capital Principal Eric Cohen said in a statement. “We are equally pleased to be working alongside Bank OZK, who has continued to be a trusted and reliable partner to Square Mile Capital in the construction lending space.”

Located at 100 Altair Way in Sunnyvale, Calif., the seven-story building will feature floor-to-ceiling windows, a landscaped roof deck, private balconies and a four-story subterranean garage. The site, which is 40 miles south of San Francisco, is located immediately adjacent to a train station and near two major highways.

The 100 Altair property is also conveniently located within a submarket that features a number of technology giants, including Google, Amazon, Microsoft, Apple, and HP.

“We remain bullish on the long-term demand prospects for high quality, transit-oriented office in the Valley and believe there will be substantial space demand upon delivery in 2023,” Cohen said.