The financing funded a portion of AXA’s $875 million purchase of 27 properties that previously made up Cabot Properties’ Cabot Industrial Core Fund, from which it divested in December 2020 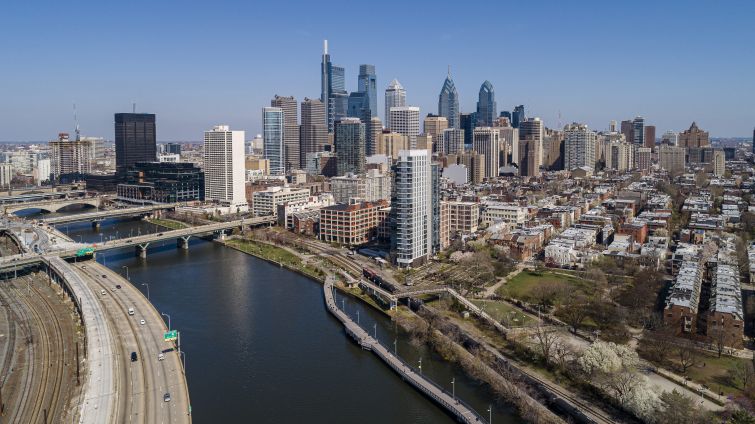 Global asset manager AXA Investment Managers and Boston-based private equity real estate investor Cabot Properties have nabbed $332 million in senior debt from PGIM Real Estate to finance a portion of a 27-property industrial portfolio AXA acquired from Cabot, after the latter decided to divest from its fund vehicle that contained the properties, Commercial Observer has learned.

Last month, it was announced that Cabot had divested from its 27-property Cabot Industrial Core Fund, with AXA stepping in to acquire it for roughly $875 million. This deal from PGIM helped fund a portion of that purchase, directly financing 18 of the properties.

The remaining nine assets not included in PGIM’s financing were “either unencumbered or had assumable debt,” according to additional information from the life company-affiliated lender. Cabot held on to a small minority interest in the portfolio as part of the sale to AXA and will continue to manage and operate the assets.

The senior loan facility was split in two, with “staggered maturities,” according to PGIM. One portion is a $132 million loan with a six-year maturation schedule, and the second is the remaining $200 million in debt, which will mature in eight years.

PGIM’s pool of debt tallies at just under 38 percent of the overall cost of AXA’s acquisition of the broader 27-property, 8 million-square-foot portfolio. PGIM said that the loan “provides the sponsor with a portion of the cost basis for the portfolio acquisition.”

“This transaction presented us with an attractive opportunity to lend on a stable recession-resilient portfolio with best-in-class sponsorship,” PGIM Real Estate Executive Director Christy Lockridge said in a statement. Lockridge originated the loan alongside fellow Executive Director Brett Ulrich. “Its diversification across markets and industrial property subtypes will cushion it against near-term impacts on the market stemming from COVID-19.”

Cabot Chief Investment Officer Charlie Forbes said in a statement in December, following the divestiture, that the deal was “an important milestone in Cabot’s long history in industrial real estate,” adding that “this portfolio includes some of the finest logistics buildings we have operated, and we look forward to working with [AXA] and extending the portfolio’s success well into the future.”

Forbes did not respond to an inquiry about the transaction.

The 18 properties that were financed are situated in and around nine major markets for distribution across the country, such as Philadelphia; northern New Jersey; Atlanta; Fort Lauderdale, Fla.; Palm Beach, Fla.; Chicago; Dallas; Houston and the Inland Empire region in California, according to PGIM.

The broader 27-property portfolio sports assets with an average size of 300,000 square feet and 32-foot-high ceiling heights, according to information released last month as part of the news of Cabot’s divestiture. The assets are leased out to a wide collection of e-commerce, logistics and food distribution tenants — among a couple of other sectors — who need access to major metro areas and national and regional avenues for smooth distribution.

“This portfolio benefits from its location within key infill industrial submarkets that offer convenient access to regional, national, and international distribution pipelines, as well as robust infrastructure and favorable demographics,” Ulrich said in a statement. “The properties also have favorable in-place tenancy, consisting of companies within industries that have seen major tailwinds since the start of the pandemic.”

This 18-property portfolio that PGIM financed is 97 percent leased out to 24 tenants across 26 leases, according to the lender.