Despite its key role in New York’s economy and recovery, the industry remains too good a punching bag on the campaign trail 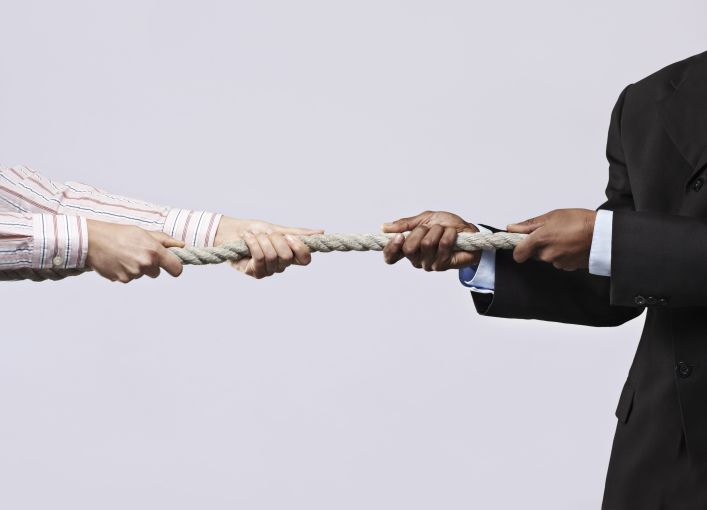 So far, more than 30 candidates have plunged into the New York mayoral contest with the unbridled audacity of a Coney Island bather in January. But a spiraling health crisis and a litany of metastasizing problems happening all at once haven’t occurred in public life since the city’s dreaded era of near-bankruptcy almost a half-century ago.

“We’re in tough times and I think we’re going to have tough times for some time to come,” Real Estate Board of New York President James Whelan told Commercial Observer. “What’s critical is the leadership and decisions we make will determine whether this is a crisis we find our way out of in the next three to five years or next 15 years. With the wrong set of decision-making moving forward, this could be a much tougher recovery than it otherwise would be.”

The pandemic shelved most in-person campaign stops with few exceptions, so candidates have spent the past several weeks hopping between Zoom forums on policy, virtual meet-and-greets, and phone interviews to discuss their management skills, rising income inequality, the housing affordability crisis, and structural racism.

Yet, none of this could hold a candle to the earnest debate over bodegas.

“New York City relies on its 14,000 bodegas so much,” mayoral candidate Andrew Yang, a technology entrepreneur who also ran for president, said while buying two bottles of iced tea in a video he posted to Twitter on Jan. 15. “I love bodegas, and we gotta make sure they continue to stay open and do their thing.” (New Yorkers reminded him that the store looked like a “whole foods junior.”)

The bodega snafu is reminiscent of another kerfuffle that occurred 10 days into Mayor Bill de Blasio’s term. Hizzoner visited a Staten Island pizzeria, and scarfed down a mozzarella and sausage pie with a knife and fork. The fork pas marked the start of a frosty relationship with the city’s fifth borough, typified when he accidentally killed the Staten Island Zoo’s beloved groundhog three weeks later.

Those missteps pale against the city’s gargantuan challenges. The pandemic has wiped out New York’s hospitality industry, shuttered countless businesses and schools, put a million people out of work, and killed more than 26,000 residents.

In the spring of 2020, 420,000 of the city’s wealthiest residents temporarily fled, and some have no intention of ever returning. It is anyone’s guess when New York’s hives of knowledge workers will populate its empty honeycombs of office towers again, and some firms may follow their employees out of the city.

Record surpluses and runaway government spending through 2019 have come to a hard stop. The city is facing a $3.8 billion budget deficit next fiscal year, due in part to a $2.5 billion drop in property tax revenue, the mayor announced last week, the steepest such drop in at least three decades.

By the fall, though, many who had left were returning and the city’s unemployment rate declined from 20.4 percent in June to 12.1 percent in November — signs things were improving. But a second wave of viral infections has prompted additional school closures, restaurant restrictions, and an eviction moratorium extension through May. And more than half of New York voters statewide say the worst of the pandemic is yet to come, according to a recent Siena College poll.

Amid all of this, voters will select the city’s likely new mayor in under six months. (The Democratic primary winner is the November favorite, since the party comprises two-thirds of the electorate.) That is, if they vote. Turnout only reached 14 percent in the 2017 primary, worse than the last competitive primary in 2013, when 20 percent of Democrats voted.

In a grim period, with the pandemic raging for nearly a year, it is an open question whether New Yorkers care who is running the city at all.

“After eight years of de Blasio, the mayor’s office is completely inconsequential,” consultant Hank Sheinkopf said. “This election may well be the beginning of the true end of New York. We could lose our edge of being a financial center, we don’t manufacture anything, and we’re rejecting companies who want to be here.”

One sector that doesn’t have the option of packing up and relocating is the real estate community. Just before the pandemic, the industry accounted for nearly $32 billion in taxes, or 53 percent of the city’s tax revenues, according to a REBNY analysis, and executives are eager to play a significant role in New York’s presumed recovery.

Their help hasn’t been embraced. City Comptroller Scott Stringer, Public Advocate Jumaane Williams, and several candidates for City Council have eschewed campaign contributions from developers in this, and other, election cycles, because progressive advocates have blamed property owners for exacerbating inequality and making housing costs unaffordable.

But painting the industry as a foe when the city needs to create jobs, add more housing, and raise revenues is a mistake, some civic leaders say.

“The candidates should each think long and hard about the implications of espousing an anti-corporate, anti-development agenda,” Alicia Glen, former deputy mayor for housing and economic development and founder of mixed-income developer MSquared, said. “At a moment of great economic uncertainty, candidates should be eager to come to the table with the business community to partner on an equitable, pro-growth development agenda that will benefit all New Yorkers rather than a vocal few.”

Real estate owners have been on the outs with the city’s political class since Democrats captured the state Senate in 2018. That gave the party full control of Albany for the first time in nearly a decade. One of the first things the Democrats enacted was a set of stronger tenant protections in June 2019. Meanwhile, the mayor, another Democrat, called for a rent freeze in April and repeatedly ignored the pleas of corporate heads to address rising crime, sanitation, and homelessness.

“The whole misplaced sentiment that somehow the New York financial and real estate sectors are the bad guys when, in fact, the city has been very dependent on their ability to switch seamlessly to remote work, pay their rent, and pay their taxes,” Kathryn Wylde, president and CEO of business advocacy group Partnership for New York City, said. “It would help to have a mayor that signaled they would be interested in a positive business climate and restoration of services.”

Real estate leaders with one foot in each sector are trying to bridge that divide — while also promoting their own policies. The Real Estate Board of New York isn’t hosting its annual schmooze-fest at the New York Hilton this month, which typically includes a well-attended, political cocktail hour. Instead, the trade association has held private briefings with citywide candidates and set up opportunities for campaigns to meet its board of governors in one-on-one sessions virtually.

And the New York Building Congress is hosting a webinar series entitled, “Espresso with Carlo,” where candidates chat with CEO Carlo Scissura. Those who participate get an earful about Scissura’s top priority: creating new jobs.

“If you don’t allow the city to build and develop, you eliminate many good-paying union jobs and a workforce that’s over 60 percent non-white,” Scissura told CO. “The critical thing is building, investing in infrastructure, workforce development, and getting people to work. Everything else will flow from that.”

Nonprofit groups are also using the vacuum of in-person politicking to introduce detailed policy proposals to any candidate who will listen. Citizens Housing and Planning Council, an 84-year old housing policy shop, released new plans oriented around the needs of women-led households and immigrant communities, beyond merely boosting the number of affordable units City Hall intends to build or save.

The group’s recommendations include simplifying building and zoning codes to allow more basement apartments, and locating more units in neighborhoods near schools and subways.

“Housing development remains the major social safety net and economic driver in downturns,” Jessica Katz, executive director of CHPC, said. “The next mayor will have a challenge how to describe to average New Yorkers what the purpose of their housing policy is. They should start with their goals first, as opposed to starting with the unit count first.”

Independent property owners have other priorities. Affordable housing developers are reminding candidates that the 421a tax abatement, an incentive designed to spur development of underutilized land for rental housing, is up for renewal in 2022. And the Rent Stabilization Association, which represents some 25,000 landlords and property managers, wants the next mayor to overhaul the city’s byzantine property tax system, which the de Blasio administration has so far failed to resolve.

“Rather than viewing multi-unit apartment buildings as a cash machine, we’re looking for a mayor and City Council that devotes real time and effort to straighten our property tax system to make it fair for everybody,” Frank Ricci, RSA executive vice president, said. “I don’t think anyone wants to deal with the property tax system, but there needs to be a real hard evaluation or they, at least, need to simplify it.”

Of course, some constituents are getting their message to mayoral candidates the old-fashioned way: by giving them a truckload of money. Brooklyn Borough President Eric Adams led all mayoral candidates as of early January with $8.6 million in campaign contributions, which include matching funds, followed by City Comptroller Stringer, who reported $8.3 million. Former CitiGroup executive Raymond McGuire, who was recruited by the city’s business class to run, reported $5 million without matching funds.

A handful of developers desire to play kingmaker or, at least, control a pawn or two. Billionaire developer Stephen Ross aim to flood the 2021 cycle with $100 million total. So far, they have raised about $1 million for an independent expenditure committee.

Yet, the relationship between the real estate industry and the city’s political class remains at the tensest point some owners can remember. The consequences of stigmatizing the industry could reverberate for years after the pandemic is contained.

“Cities die all the time. There’s no law of physics that says New York has to be the center of the universe forever,” Eliot Spitzer, owner of real estate firm Spitzer Enterprises and a former New York governor, said. “Politicians who merely want to preserve the status quo, but want things to be better for everybody, don’t understand change or politics. We’re in a gridlock right now.”

Update: This article has been updated to reflect that Sidewalk Labs CEO Dan Doctoroff is not involved in an independent expenditure committee seeking to spend $100 million in the current election cycle.