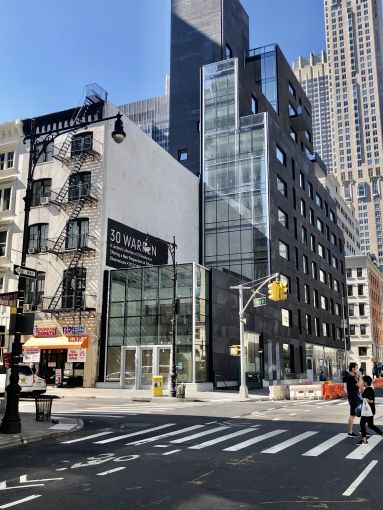 KPG Funds has closed on the purchase of a fully occupied, 3,086-square-foot retail condo in TriBeCa at 102 Chambers Street for $12 million, Commercial Observer has learned.

The ground-floor unit is leased to Spectrum, which is a wholly owned subsidiary of Charter Communications. The company recently signed a 10-year lease, with an option to renew.

The space is the retail portion of a new ground-up development on the block fronting Church Street between Chambers and Warren streets. Post Office Architects designed the building, which includes a residential part with the address 30 Warren Street. That 23-unit portion includes amenities, such as a fitness and wellness studio, a children’s playroom, private storage and bicycle storage.

“By never wavering in our belief in the resilience of the greatest city in the world, we are being rewarded with the ability to acquire a prime corner, high-design, KPG-style asset with credit tenancy and long-term cash flow at an incredible yield,” Rod Kritsberg, KPG’s co-founder and chief investment officer, said in a statement.

His colleague, KPG Co-founder and CEO Greg Kraut, took the deal as a harbinger of things to come in a sector of New York real estate that’s been struggling. “The idea that retail is dead in New York City is nonsense,” Kraut said in the same statement. “Retail is just being redefined in 2021 by tenants who provide services that people need — like Spectrum, the largest residential internet provider in New York City.”

The company is seeking more deals and the two expressed confidence that the city will bounce back “strong and soon.”