Discussions are ongoing to extend the $136.9 million loan, which was transferred to special servicing in early September 2020 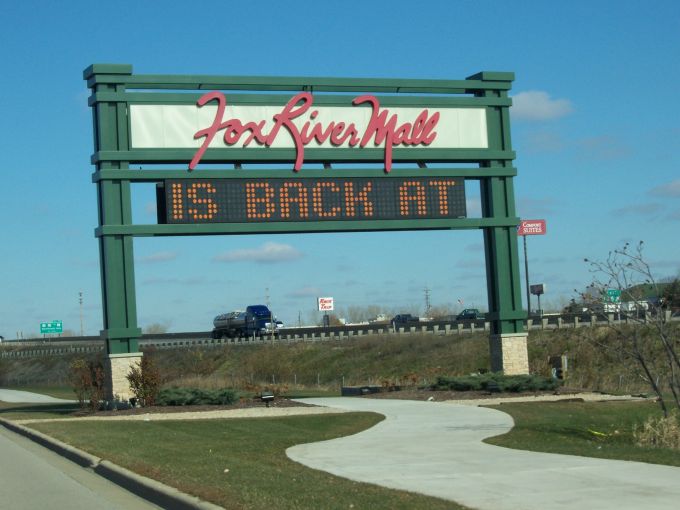 Brookfield Properties is on its way to possibly extending a $136.9 million commercial mortgage-backed securities (CMBS) loan secured by the 650,000-square-foot Fox River Mall in Appleton, Wis., according to special servicer watchlist commentary reviewed by Trepp.

Whether the extension is a sign that lenders continue to be compassionate as the COVID-19 pandemic rages on, or whether this compassion only extends to top sponsors, is hard to pin down.

Discussions between the borrower, special servicer and the controlling class representative (CCR) on a modification and extension began in either late October or November 2020, according to special servicer notes. Those discussions revolved around converting payments on both the $136.9 million A note and the $21.1 million B note to interest-only going forward, and also a three-year extension of the debt’s maturation to June 1, 2024; any missed payments on the A note would also be brought current prior to the loan’s modification.

The A note, which was transferred to special servicing on Sept. 4, 2020, had only been paid through July 2020, as per notes from the special servicer.

Wells Fargo originated a roughly $186.6 million whole loan in June 2011 to refinance the shopping center, and the $161.7 million starting balance of the A note was securitized two months later in the then-$1.48 billion Wells Fargo-led WFRBS 2011-C4 conduit CMBS transaction. The current balance of the A note is the largest remaining loan in the conduit deal, representing just over 14.6 percent of its roughly $936.5 billion outstanding balance. The B note was not securitized.

At the time of origination and securitization, the property was held by Chicago-based mall owner General Growth Properties, a company that once held the title as the second-largest shopping mall owner in the U.S., before Brookfield Property Partners bought it for just under $9.3 billion in cash in the spring of 2018.

The mall closed due to COVID-19 but reopened on May 20, 2020, with restrictions, of course. Dressing rooms are off-limits to guests, and complementary masks are being distributed, as per reports from May 2020 by the Appleton Post-Crescent. Brookfield, following safety guidelines released by the state of Wisconsin and the federal government, implemented social distancing measures, hand-sanitizing stations, methods for touch-free interactions and regular cleanings. The reopening was made possible after Governor Tony Evers’ Safer at Home order was mostly overturned by the Wisconsin Supreme Court on May 13.

Located at 4301 West Wisconsin Avenue in Appleton, a town located just southwest of Green Bay, the mall was built in 1984 and renovated two decades later. Sporting goods store Scheels All Sports is currently the mall’s largest occupant, located within more than 122,000 square feet, or about 18.8 percent of the asset, according to tenant information from Trepp. Other large tenants include a Bob’s Discount Furniture store, a DSW Shoe Warehouse, an H&M, and a Cost Plus World Market.

A representative for Brookfield did not respond to an email inquiry prior to publication.