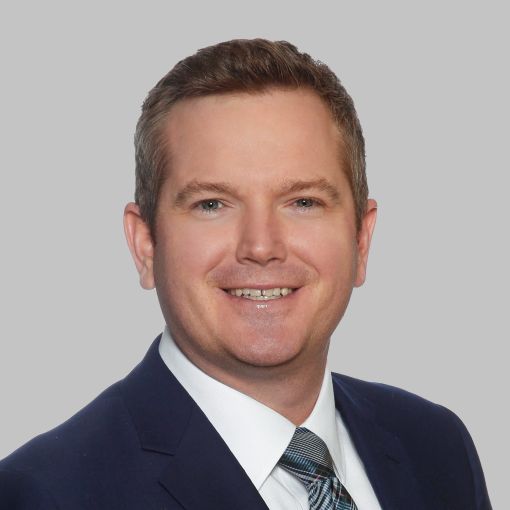 The firm specialized in the sourcing and arranging of joint venture (JV) equity and structured capital from foreign and domestic institutional capital providers.

Just three years later, the trio caught the eyes of executives at behemoth real estate adviser and financier, Berkadia, which was looking to leverage its robust mortgage banking and investment sales practices to build out a strong equity platform.

The CPCP trio merged with Berkadia in March 2019 to head up a JV equity and structured capital group, with Kirkpatrick out West in Denver, and Franklin and Bhatt on the East Coast, focusing more on procuring international capital. Together, the group exclusively sources domestic and foreign equity and makes structured capital arrangements, including in a niche area of structuring preferred equity behind agency multifamily debt.

“We only do equity, 100 percent of the time, which is rare,” Kirkpatrick said. “We’ve largely morphed our focus into the middle-market multifamily space.”

In their first 12 months after the merger, the group closed on more than $1.2 billion worth of capitalizations.

COVID-19 set in right at their one-year mark — quite a time to celebrate an anniversary — but their activity and interest from their clients abroad didn’t slow.

“Throughout COVID, we saw that international capital, with teams based in the U.S., were still very active and in deal-making mode, but those who did not have a full-time presence in the U.S. were hamstrung by travel restrictions and took a step back or pressed pause altogether,” Franklin told Commercial Observer last month.

As such, as the market has slowly recuperated and some asset classes have learned to absorb the new realities, they’ve seen a resurgence of interest from capital providers due to the advancement and rollout of COVID-19 vaccinations.

“We have had a lot of inbounds recently from Korean capital; they’re more open to looking at JV opportunities, whereas, previously, they were more focused on senior and mezz positions,” Bhatt said. “They’re also more focused on gateway markets, whereas, other foreign capital sources have been warming up to investments in secondary growth markets in the Sun Belt.”

Capital from the region that makes up the Gulf Cooperation Council, a union representing Arab states of the Persian Gulf, “is starting to explore the multifamily space more,” Bhatt said. “Many groups are still getting their heads wrapped around the asset class, because purpose-built rental products are fairly unheard of in that part of the world.”

In December, the team secured an investment from a family office based in Dubai in an “off-market, mixed-use deal in Fort Greene, Brooklyn, after getting them up to speed on the current opportunities in the New York City area,” Bhatt added. “It was their first investment in the U.S. and they plan on looking at more opportunities in [the area].”

Kirkpatrick spoke with CO last month to discuss his team’s Berkadia merger, how they’ve managed through COVID, investment interest, and the ways they’re engineering deals for their clients at home and abroad.

Cody Kirkpatrick: We were approached, I believe, in the summer of 2018. Berkadia is very strong on the debt side and on the investment sales side, and there were many mortgage bankers and investment sales advisers who would do some equity. But, there wasn’t a concentrated, centralized effort to provide that service line to Berkadia’s existing clients.

When we got to know them and were introduced to the senior folks at Berkadia, they were very interested in bringing a centralized group in-house to provide additional services to their clients, but also looked at it as a way to win more business and retain existing business across the spectrum, from investment sales to mortgage banking to, now, equity. That’s the genesis of how the conversation started, but we actually started a pilot program — or joint venture — early on before the official merger.

How did that pilot unfold?

We flew around to several of Berkadia’s offices around the country and got to know the investment sales advisers, as well as the mortgage bankers. We started working on business together and had some early success. So, in early 2019, we sat down and had the conversation to formalize things.

What do you think appealed to Berkadia?

I think it was our boutique approach. We’re very targeted in our processes and we focus on equity. And the other thing was our geographic scope, with Noam and Chinmay in the Northeast and myself in Denver. And it was also our relationships with domestic and international capital. We were in growth mode at the time. It was the three of us out there, finding deals and finding good sponsors, trying to grow our capital relationships. We were closing maybe 10 deals a year at [CPCP], and now, with Berkadia behind us, with our colleagues in mortgage banking and investment sales, we’re closing double that and trending higher.

We underwrite everything, and we have to be behind everything and understand the unique angle, the story. We get a large amount of deal flow and very few deals pass our screening criteria in order to take it out to the capital markets. We feel like we get the respect of our capital relationships because they know, if something’s coming from us, there’s merit to the deal.

How long had it taken to build out CPCP?

Noam and Chinmay originally linked up about a year and a half before I joined them. They were largely focused on sponsors, operators and properties in the Northeast, where they are based, and bringing in international capital into direct JVs with other sponsors.

What conversations were the three of you having internally after COVID hit, as it relates to how you were going to approach business?

In early March, we were busy as we’ve ever been and that was mostly on external communications with our capital relationships. We were getting more inbounds than we ever had to basically see what we were seeing out there in the market, what their competition was doing, what our viewpoints were and what sponsors were doing in terms of shifting mentality. We saw a trend early on to more downside-protected investments.

A lot of the JV equity went to the sidelines and pushed pause, but those that still had capital to deploy were doing so in mezz, preferred equity or ground leases, or in some form of credit investment to protect their basis given the uncertainty. We targeted those opportunities and sponsors that were open to those types of investments, and we continued to stay active there. That continued through the summer, before we saw a slight thawing in the JV equity market. It started to reemerge in early September as people started to get more comfortable with the uncertainty.

How has investment sentiment toward multifamily, from domestic and international capital, been affected since COVID?

There’s no doubt that there’s continued focus on the sector from those who were in it before, and, frankly, some of those people may be disappointed that they’re not seeing the opportunity they might have seen going into something like this, because more capital is focused here. We’ve seen traditional office, retail, and even hotel investors morph strategy to look at multifamily; you can see evidence of that by the continued low cap rate environment, despite collections issues and some slowed rent growth. There’s definitely a renewed and growing interest in the space, and I’d say industrial is right up there as well.

Are your clients asking to look elsewhere if they’re unable to secure sound opportunities in multifamily?

It’s not to other hard asset classes, but still within the residential space. We’ve seen an emerging trend, both from international and domestic capital, into the single-family, built-for-rent space. The pandemic has been a catalyst to have people look elsewhere for yield. From a guidance standpoint, getting back to the basics of multifamily investing is important — in terms of things like location and employment drivers — and not letting a low interest rate environment cloud your view on what is a good deal.

We look at this from an untrended basis, taking away future rent growth and looking at things down to their fundamentals to evaluate whether the asset level underwriting is sound, and then we can apply all the financial engineerings in terms of mezz, pref, JV equity, or what have you — whatever the strategy is on a particular asset.