Where Are We? Where Are We Headed? CRE Industry Experts Opine on 2020 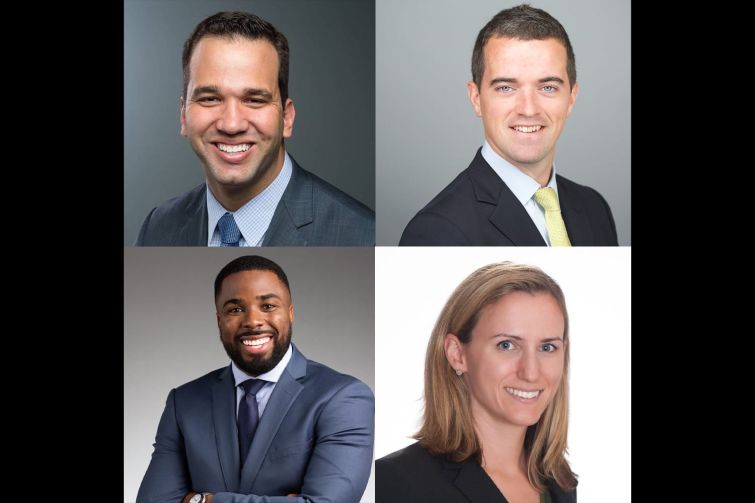 As we near the end of what was a very eventful 2020, finance professionals in the commercial real estate industry are thinking about forthcoming market opportunities and “timing.”

After all, how does one move without at least some semblance of certainty and/or conviction? And how many chances arise throughout a career to capitalize on distress as a result of a disruption?

Square Mile Capital Management, an alternative lender and asset manager formed prior to the Great Financial Crisis (GFC) that’s become an industry leader in terms of debt and equity investments, is a firm that moves briskly to stay out ahead of demand.

But even its chief executive, Craig Solomon, said recently that the factors that cloud the market today are unlike anything seen in past downturns. So when it comes to timing when to attack chances in the market, he said, “My short answer is: ‘I don’t know’ and ‘time will tell.’”

Solomon, who spoke with Ackman-Ziff Real Estate Group President Simon Ziff in an opening keynote chat to kick off Commercial Observer’s Third Annual LA Fall Financing Commercial Real Estate Forum on Dec. 3, said that the historically low interest rate environment that “no one believes will change meaningfully over the near to medium terms” and the astounding amount of liquidity “that finds itself on the sidelines but available for investment” are the main factors that stand out in relation to prior downturns.

“That largely clouds the picture,” Solomon said, responding to a question from Ziff about timing investments in a time like this. He went on to say that coming out of the GFC, one of the most challenging aspects of having been a single-strategy fund dependent on that one strategy was to “have the discipline to not invest.” He said the firm realized then it needed a variety of strategies to dial up or dial down risk accordingly, which became a hallmark of Square Mile post-GFC.

Using loan defaults from prior downturns as “a proxy for distress,” Solomon said, “peak loan defaults occur somewhere between one or two years after the onset of a crisis, and, if applied to this crisis, one could expect peak problems in the marketplace won’t occur until the second half of next year and into 2022.” And a “return to normalcy” as it relates to a recovery from loan defaults doesn’t materialize until “three to five years later,” Solomon said. “That tells us at Square Mile that the opportunity for distress is in front of us, not behind us, and, sadly, if you’re experiencing it — or happily, if you’re taking advantage of it —  it will take time to unfold.”

Still lording over the market, though, are forthcoming COVID-19 vaccinations and another injection of stimuli to help struggling borrowers, business owners and renters, who are looking at the worst job market in a decade. These two would, of course, help buoy commercial real estate and delay any significant turmoil in the market as it works to recover.

Regardless, a “help me, help you” attitude is still reverberating through the marketplace. “It’s almost a feel-good pandemic,” said Meridian Capital Group’s Senior Managing Director Seth Grossman. “We’re seeing much more communication … in that everyone’s trying to work together.”

“The [Federal Deposit Insurance Corporation] was open about giving us the leeway to work with borrowers given the unprecedented nature of this situation, but at the same time, it’s not like we can defer interest payments forever and hope things look better in three years,” said Jason Baker, an executive vice president of commercial real estate for the western region at Pacific Western Bank. “Our message to borrowers was, we can be flexible upfront, let’s see what transpires over the next, say, three to six months; but, beyond that, you’re going to need to have a capital plan identified, whether that’s you bringing in more money, a mezz lender, or raising some rescue capital. We’ve been pleasantly surprised. We have had capital partners in these deals who have been able to do that.”

Pamela van Os, senior vice president and head of West Coast agency loan production at Greystone, spoke to the company’s work as an agency lender in following Fannie Mae and Freddie Mac’s specific guidelines for forbearance. “We worked with our customers to figure out creative solutions. It’s worked out better than we thought,” van Os said.

Grossman, Baker and van Os spoke as part of a five-person panel titled, “Monitoring the Market: A Deep Dive into Activity in the Debt & Equity Markets,” the first of two panel discussions that made up the event. They were joined by Ash Baraghoush, managing director of acquisitions at Hanover Real Estate Investors; and Kyle Jeffers, senior managing director and head of western and southwest region originations at ACORE Capital. CO Co-Deputy Editor and Finance Editor Cathy Cunningham moderated the panel.

Even with the additional levels of charity exhibited by market participants, there are still lines being drawn in the sand, when it comes to lenders opening themselves up to borrowers for loan modifications.

The FDIC was “pretty open, pretty quick” in terms of giving regulated banks the leeway to work with borrowers, Baker said. “At the same time, we can’t defer interest payments forever and hope that things are better three years from now.” Baker said a borrower’s future capital plan is key.

Jeffers initially joked that it’s the borrowers who “send presents” that are helped by their lenders, but then said: “Generally, we view it as a two-way street. The guys who come and say, ‘Hey, I’m having problems, you have to do something for me’ [don’t have] the right approach. We have a senior interest and we don’t have to. The guys who say, ‘We’re in this together, this is a temporary situation and I’m going to bring more capital in, so can you, as my lender, help me, and we can do this together and make it a partnership?’ … Those are the most successful.”

Nevertheless, deal volume has started to pick back up in the fourth quarter. That marks a bright end to the year to go with the market’s collaborative efforts and a positive outlook for COVID-19 health remedies and federal stimulus.

“It’s a very big spread, regarding what we’re seeing,” Grossman said. “I’ve never had as many high-yield deals in process at once as I have right now. It could be your typical hard money, where someone’s got to close in three weeks and that’s why they’re paying a [higher] rate. I have a hotel loan right now that we’re working on that pre-COVID would’ve been a 3.5 or 4 percent, 10-year interest-only refi, and today, it’s getting done at 7-and-change percent. The irony is that it’s a win, because during April, May and June, we thought there were no options; and in July, August and September, we thought it was 10 percent. You’re seeing a very sharp thaw relative to the way the markets were each day throughout COVID.”

Grossman added that he wanted to stay away from being too optimistic because “the wind blows quickly.” Still, he said, “every lender out there, while being very careful, is looking to put out money in their sweet spot, and fortunately, there’s such a diverse base of lenders out there that everyone’s got a different sweet spot.”

Lender eagerness, despite the increased cost of capital in many cases, bodes well for general market liquidity going forward into 2021, as loan sales pick up and other opportunities for new originations become more prevalent.

“Post-COVID, we’ve been spending a lot of time in the changing debt landscape, which was the area where opportunities surfaced most quickly,” said Robin Potts, co-head of real estate investments and director of acquisitions at Canyon Partners Real Estate. “A number of portfolios of mortgages have been launched for sale and a variety of lenders across the spectrum have been rebalancing their books, and I think that will continue through 2021. We’ve been an active buyer of mortgages and expect to continue to do that through the next 12 months. To date, we’ve acquired performing loans, but we’re also spending a lot of time on the non-performing loan and sub-performing loan [spaces].

“Additionally, we’re active in originating new loans — senior and mezz loans and preferred equity — and [where] we’re most active on that front is the construction lending side. Developers have picked up their pencils in terms of what makes sense to push forward on, from a new development perspective.”

Potts participated in the second, three-person panel titled, “Now What: An Inside Look at Investment Strategies & Market Performance from Top CRE Participants with Their Ears to the Ground.” She was joined by Mack Real Estate Credit Strategies Managing Director Kevin Cullinan; and Bo Okoroji, vice president of investment and divestment at Unibail-Rodamco-Westfield. The discussion was moderated by Bill Fishel, senior managing director and co-head of the Los Angeles office at JLL Capital Markets, Americas.

Marcus & Millichap President and CEO Hessam Nadji rounded out the event in a closing keynote address and question-and-answer session, speaking to the current state of the market and what might be around the corner as we enter 2021.

This story is an edited and condensed roundup of the event. Click here for a full video replay of the entire virtual conference.