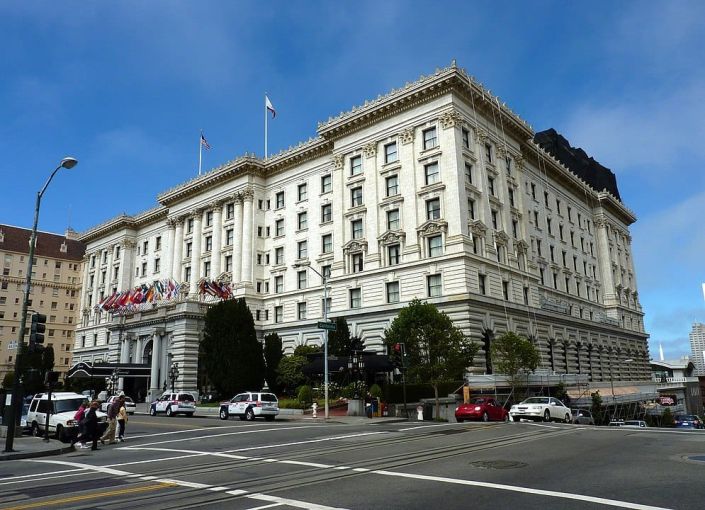 Hotels haven’t been the easiest assets to finance since the pandemic hit, but a recently closed refinance shows that top-tier properties continue to attract significant dollars.

“This transaction is one of several recent closings that illustrates the increased availability of debt for high-quality hotels with strong sponsorship and good pre-COVID performance,” Kevin Davis, a senior managing director in JLL’s Hotels & Hospitality Group, said.

“Despite the challenges faced by the hotel sector, this financing opportunity was well-subscribed at various leverage levels,” Mike Huth, an executive vice president with JLL’s Hotel Investment Banking team, said. “Ultimately, our client opted for a lower leveraged loan with a much lower interest rate.”

The 606-room luxury hotel is located at 950 Mason Street, atop Nob Hill in San Francisco. It features 62 suites alongside its guest rooms, and 45,000 square feet of meeting and event space, including its Grand Ballroom. Other amenities include a fitness center, business center, retail outlets, and food and beverage options Laurel Court Restaurant & Bar and Tonga Room & Hurricane Bar.

Listed on the National Register of Historic Places, it first opened in 1907 — its debut was delayed by a year following the 1906 San Francisco earthquake — and was the first hotel in the country to offer concierge services. Over the years, it has hosted presidents and celebrities, and has been the filming location for blockbuster movies, including the Sean Connery 1996 classic, “The Rock.”

The asset has undergone $16 million in renovations in recent years, including upgrades to public areas, its guest rooms and its infrastructure.

Like several other hotels, the Fairmont San Francisco suspended its operations when COVID-19 began to grip the U.S., reopening for business again in September.