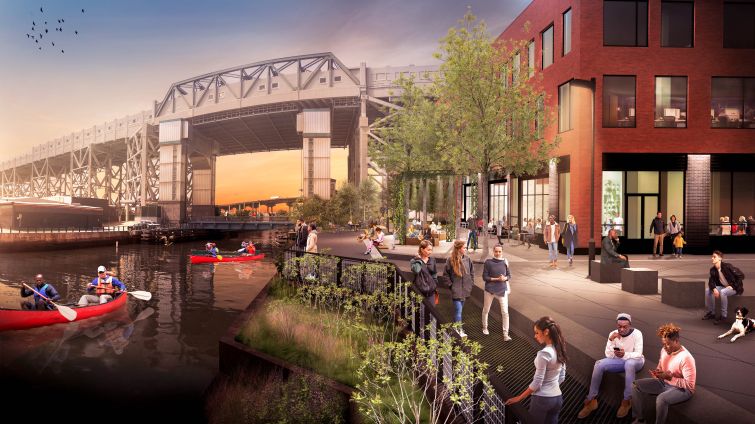 Monadnock is building a new headquarters with a public waterfront esplanade in the Gowanus industrial zone. Rendering: Dattner / Bernheimer 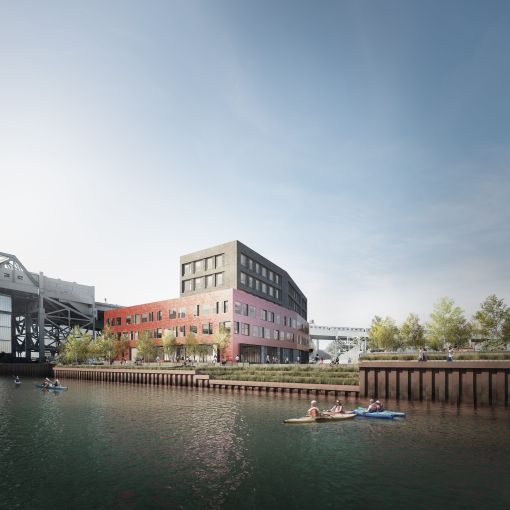 Monadnock needs to go through the ULURP process in order to get a parking exemption for the project, which would otherwise require a 240-space parking garage. Dattner / Bernheimer 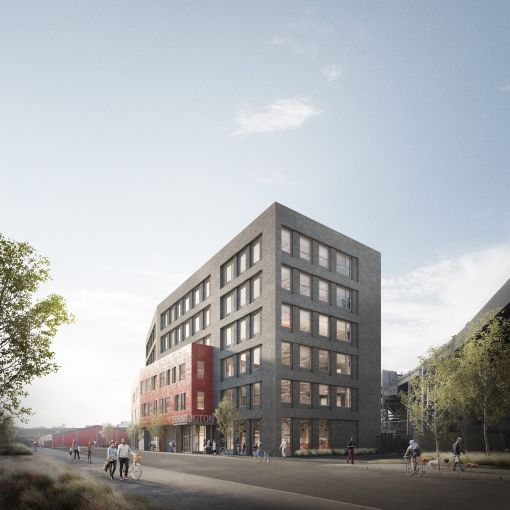 The six-story building will rise right beneath the elevated F and G train tracks on the Culver Viaduct. Image: Dattner / Bernheimer 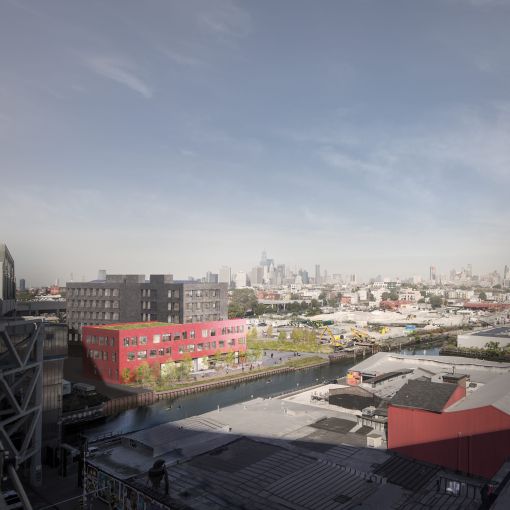 Monadnock is going through the ULURP process as the city plans to rezone a broad swath of Gowanus to the north for residential and mixed-use projects. Dattner / Bernheimer
Previous Next

While the northern half of Gowanus is set to be rezoned for residential development, affordable housing contractor Monadnock Construction is getting a rezoning of its own, in order to build a new headquarters in the Brooklyn neighborhood’s industrial business zone.

However, Monadnock won’t get any extra density out of the zoning change, which will preserve the industrial zoning on its waterfront parcel along the Gowanus Canal. Instead, it hopes to get out of building 240 required parking spots, because digging out an underground garage along the canal isn’t feasible. The local community board even supports the firm’s application because it doesn’t want more congestion in the neighborhood.

The firm plans to build a 100,000-square-foot industrial, office and retail project at 300 Huntington Street, just south of the city’s proposed Gowanus rezoning. Its new, six-story building will rise beneath the elevated F and G trains on the Culver Viaduct — reaching to just 1.5 feet below the aging structure. If the firm had to build an above-ground parking garage, the building would not fit underneath the viaduct, which runs through the block.

The Smith-Ninth Streets subway station sits at the southern end of the site, and the city controls the curved piece of land underneath the subway tracks, further complicating construction plans.

The Dattner Architects-designed building will have a three-story base clad in red brick, topped by a setback that rises another three stories. The upper half will be covered in black brick, along with the front of the building along Huntington Street.

The ground floor will include 13,000 square feet of retail divided into three storefronts, one of which will likely become a restaurant. Monadnock will occupy 30,000 square feet, including its contractor shop and yard on the first floor, and lease the remainder of the building to office or light industrial tenants, said Frank Dubinsky, the firm’s COO.

The project will also involve building a 7,500-square-foot public waterfront esplanade, which will connect to public spaces on other sites along the canal, like the proposed Gowanus Green residential development one block north. The esplanade will be planted to absorb water, and a stormwater treatment unit will filter out solids from runoff before releasing the water back into the canal.

Monadnock has operated out of an industrial building a few blocks away at 155 Third Street for 45 years, but the company’s 250-person staff has outgrown its current home by the Third Street Bridge and the Gowanus Whole Foods. Dubinsky explained that he spent several years looking for property in industrial Brooklyn and Queens until he settled on the Huntington Street site.

“It was really hard for us to find a location that worked for us in South Brooklyn, and the fact that we are retaining 250 jobs in South Brooklyn is really important to us,” said Dubinsky. “We looked in Sunset Park, Long Island City, the Bronx.”

Nick Lembo, Monadnock’s founder, purchased the property for $9.5 million in 2017 from Catherine Quadrozzi, according to public records. The 50,000-square-foot vacant lot was formerly one of the Quadrozzi family’s 10 concrete manufacturing plants, a few of which continue to operate in Brooklyn and Queens.