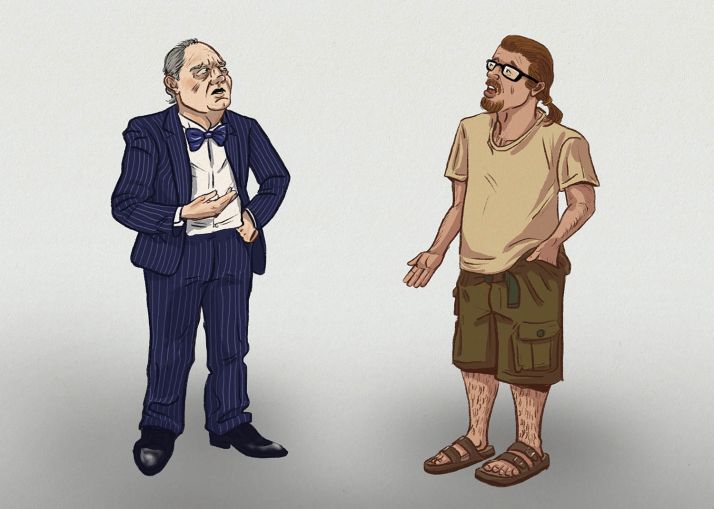 In a roaring up market, “there’s no way to outsmart a dummy,” said Square Mile Capital Management’s Jeff Fastov.

Fastov once told Commercial Observer that his firm is the “old guard” among non-bank lenders, having been founded in 2006, before the great financial crisis, and ahead of the waves of non-bank lenders that emerged post-crisis to fill voids left by traditional banks and institutional lenders hit hard by the liquidity crunch that followed.

Square Mile is one non-bank lender that not only survived the last crisis, but ultimately benefited from that grit in becoming one of the more active and robust non-bank financiers out there.

Generally, uncertainty “provides an opportunity for non-traditional lenders,” said Invesco Real Estate’s Teresa Zien, adding that the post-COVID environment will show “the strong getting stronger. We have seen the market gravitate toward the tried and true, and transactions that are occurring are mostly with existing relationships.”

With the current crisis now in full swing, COVID-19 has created a fresh dynamic between traditional and alternative lenders.

“Lenders with strong staying power and dry powder to do the right deals will emerge even stronger,” Fastov said. “If you’re in that position, it’s much easier to distinguish yourself and build a great franchise when the going is tough.”

In the earliest stages of COVID-19, the common theme among industry professionals not under the flag of an alternative lender was that this downturn would thin the herd of non-bank lenders. But, for the most part, alternative lenders have stayed the course and are sticking to their knitting, helping to buoy the capital markets with liquidity amid extreme uncertainty.

The difference between now and 12 years ago is that banks — thanks to stringent capital requirements born out of the financial crisis — aren’t handcuffed today.

“Traditional lenders went into the pandemic with stronger balance sheets than they had before 2008,” said Brookfield Asset Management’s Andrea Balkan. “While some traditional lenders have engaged in some degree of pullback to preserve liquidity, non-traditional lenders like [us] have been able to fill the gap with speed and ready capital.”

Speed and flexibility are historically where non-bank lenders have won deals, albeit with higher pricing compared to traditional lenders. This has put them in a slightly more advantageous position in today’s market, where general transaction activity has slowed considerably, and underwriting has become a much more challenging exercise. Generally, traditional lenders take a more cautious, conservative approach to lending and are often at the mercy of credit committees.

But, since March, both traditional and nontraditional lenders have huddled around their existing relationships and monitored existing deals within their respective portfolios. As a result of general cautiousness, neither side has really gained much ground over the other in the market, which has led to a more collaborative approach. Both camps can find chances to carve out opportunities in multiple areas of the capital stack and, obviously, at different stages in the life of a real estate investment, lenders have found.

“For the same reason that a technology startup does not try to access the bond market for capital, traditional and non-traditional lenders play very important roles at various stages of an investment,” said Morgan Stanley’s Kwasi Benneh. “The symbiotic relationship between these lenders renders the question of who is stronger post-COVID moot.”

He added that, “as the market evolves, there has been a blurring of the lines between these two segments of the market. Notwithstanding this development, the natural life cycle of a typical [commercial real estate] project lends itself to the most efficient financing from either segment.”

Who might emerge stronger post-COVID (whenever that might be) remains to be seen. Cycles, including the downturns, tend to reveal a lender’s staying power after cuts and bruises heal.

“I think it’s too early to tell who is emerging stronger, and it depends how you define stronger,” said Gary Otten, MetLife Investment Management’s head of real estate debt strategies. “MetLife has been a real estate lender for well over 100 years, and, while I may be biased, I think lenders grow stronger with each cycle’s experience.”