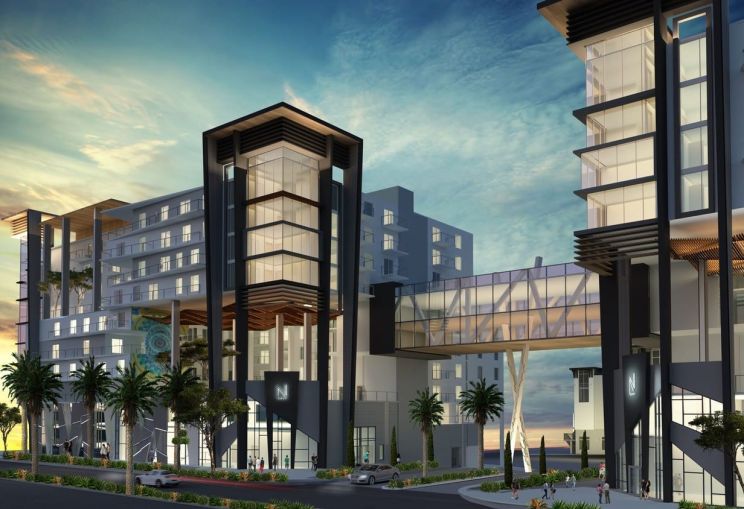 This loan retires a portion of the $102 million construction financing package MRC provided to Invesca in April to finish building the project, according to information from BayBridge Real Estate Capital. This new financing will buy the sponsor additional time to lease up and stabilize the asset.

BayBridge’s Jay Miller, Spencer Miller and AJ Felberbaum originated the financing. The firm said it received multiple offers from prospective lenders but that MRC’s competitive terms won the transaction, allowing it to “keep the relationship with the borrower.”

“We are excited to expand our relationship with Invesca,” through this “bespoke transitional lease-up financing package,” Josh Zegen, MRC co-founder and managing principal told CO in a statement. “Notably, Invesca was able to complete the project and lease up 45 percent of the building ahead of expectations, a true testament to their execution capabilities.”

Invesca Founder and CEO Christopher Longsworth told CO that BayBridge had been in the market showcasing the deal to prospective lenders for a few months and eventually nabbed 14 bids in a span of two weeks, months prior to when his firm had originally planned to refinance.

“Many of the construction lenders were looking for lease-up loans in lieu of ground-up, due to exposure at the time we hit the market,” Longsworth said. “We knew we had a solid deal that would command market interest, but we were elated with the market response, not only in the quantity but the quality of institutions that were coming to the table.”

In April, amid the pandemic, MRC provided $102 million in construction debt to Invesca to complete ENVY and fund the firm’s development of Pixl apartments, another one of its luxury apartment projects in Broward County. Invesca had originally nabbed $28 million in construction debt from Florida Community Bank in 2017 to break ground on ENVY, according to the South Florida Business Journal.

Longsworth said he had aimed to complete the project by Oct. 31 and was able to meet that deadline. “Just like all active sites, we battled through multiple shutdowns and [human resources] shortages, on top of that typical challenge,” he said.

The development sits on 1.5 acres at 475 Southeast First Street — adjacent to a major thruway, Atlantic Boulevard  — in Pompano Beach, which is located about 11 miles north of Fort Lauderdale, along Florida’s Atlantic Coast. It’s situated at the northern border of the master-planned Koi Residences & Marina complex.

ENVY features two, 11-story high-rises connected by a promenade. The project has received a TCO [temporary certificate of occupancy] on both towers, and Invesca has recently started to lease out its 214 units, according to BayBridge.

Amenities include a wine lounge; a rooftop pool with cabanas, a jacuzzi and spa; a fitness center and cycling studio; an “atrium-style” zen garden; a recreational area with mini golf, mini bowling, shuffleboard and barbecue areas; and events like local craft beer tasting. The property is also situated on a local marina.

Monthly rents at the market-rate development range from around $1,600 for studios to about $3,000 for three-bedroom residences, according to the property’s website. Some of the units have floor-to-ceiling windows providing panoramic views, as per its website.