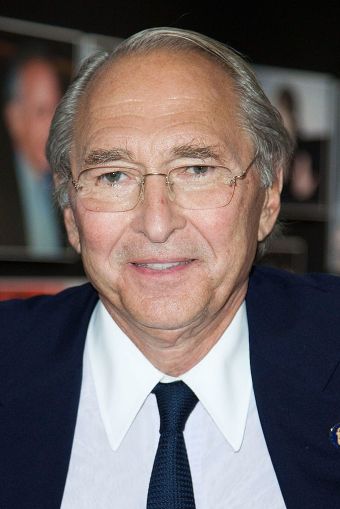 The Brooklyn-born Solow rose from a modest upbringing — his father was a bricklayer and Solow dropped out of college — to become a billionaire builder around the city. In 1974, he completed the iconic office tower at 9 West 57th, which, at one point, fetched some of the highest office rents in the city.

He was also well-known for his penchant for filing a multitude of lawsuits throughout his career. His targets included his friend Peter Kalikow, tenant Avon Products, Bank of America, Harry Macklowe and the Fisher Brothers.

Aside from his lawsuits, Solow was also known as a hands-on developer — who preferred to work without any partners and who had plenty of patience when it came to completing projects, often taking years to finish buildings.

Solow was born in 1928 in Brooklyn, where his father Isaac was a bricklayer and his mother Jennie was a homemaker. He attended New York University to study engineering and architecture, but dropped out in 1949 to focus on real estate, according to Bloomberg.

He got his start with an apartment building in Queens, and, eventually, built homes and a shopping center in Queens. But it was the monolith-like 9 West 57th that thrust Solow into the city’s development elite.

He took a risk moving from luxury residential developments with the Skidmore, Owings & Merrill-designed commercial skyscraper, but it eventually became one of the most valuable office buildings in the borough and attracted tenants like Chanel and KKR. Solow kept building, and Forbes estimated his net worth to be $4.4 billion.

In the early 2000s, Solow began picking up lots near the United Nations building in Midtown and only broke ground on the first project there — the condominium building 685 First Avenue — in 2016.

For 685 First, Solow visited a quarry in Italy to select the panels for the lobby and was known to call workers on the site daily for updates, The New York Times reported. In 2018, Solow began ceding control of his company to his son Stefan Soloviev (who uses an older spelling of his family’s name), who is poised to take over the family business, according to NYT.

Solow is survived by his wife, the sculptor Mia Fonssagrives Solow, and his two sons Stefan and Nikolai.